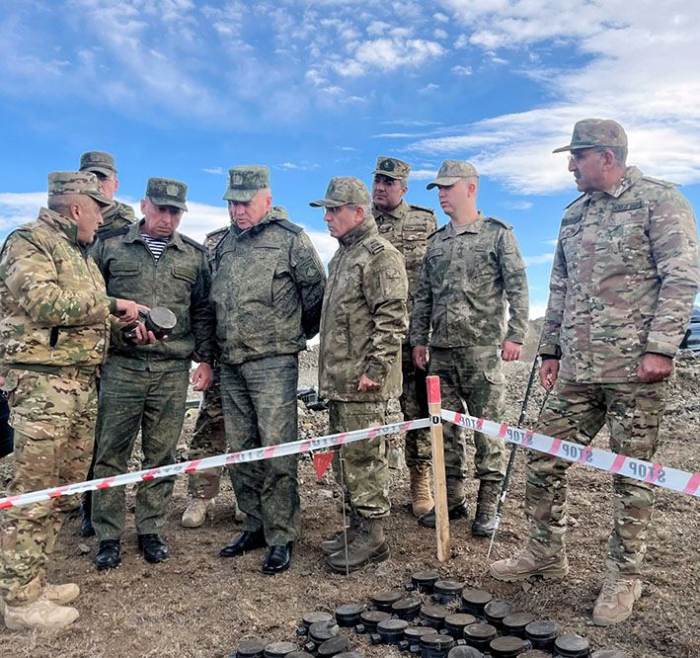 The anti-personnel minefield was detected by the Azerbaijan Army’s engineer-sapper units in the northern direction of the Saribaba high ground.

At the invitation of the Ministry of Defense of Azerbaijan, the Commander of the Russian peacekeeping forces temporarily deployed in Azerbaijan, Major General Andrei Volkov, the head of the Turkish contingent of the Turkish-Russian Joint Monitoring Center, Major General Fatih Akpinar, and the head of the Russian contingent of the center, Rear Admiral Oleg Semyonov, visited the mentioned territory on November 23.

It should be noted that 350 PMN-E anti-personnel mines produced in Armenia in 2021 were neutralized by the Azerbaijan Army units on November 21.