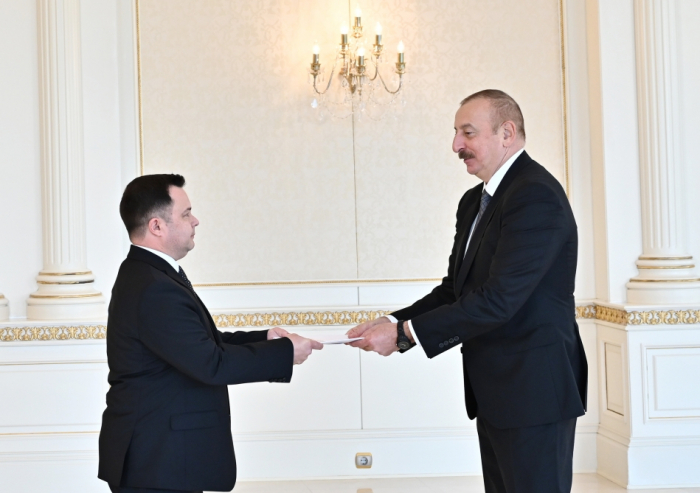 Presenting his credentials to the head of state, Ambassador Alexandr Esaulenco said in Azerbaijani:

-Dear Mr. President, allow me to personally congratulate you, everyone here and the entire Azerbaijani people on the occasion of the second anniversary of the Victory in the Patriotic War in the Azerbaijani language.

President Ilham Aliyev then had a conversation with the ambassador.

The head of state hailed the very good level of bilateral relations between the two countries, and expressed his hope that the cooperation in specific areas would continue to expand.

Underlining the good political interaction, the head of state emphasized the importance of high level contacts and the growth in trade exchange, and pointed out the opportunities for deepening relations in the fields of transport, energy, and investment.

Touching on the two countries’ mutual support at the international level, President Ilham Aliyev emphasized that Azerbaijan and Moldova also show solidarity in a bilateral format.

The head of state expressed his hope that Ambassador Alexandr Esaulenco would contribute to the strengthening of bilateral relations during his tenure.

Ambassador Alexandr Esaulenco extended President of Moldova Maia Sandu’s greetings to President Ilham Aliyev and her best wishes to the people of Azerbaijan. He noted that the leadership of the Republic of Moldova pays great attention to the deepening and expansion of Moldova-Azerbaijan interstate relations.

President Ilham Aliyev thanked for the greetings, and asked the ambassador to extend his greetings to the President of Moldova.

The ambassador praised the good potential for the expansion of relations between the two countries, and emphasized the role of mutual contacts in the development of bilateral relations. In this regard, he hailed the importance of the visits of the Moldovan Prime Minister, the Speaker of the Parliament and other officials to Azerbaijan. Alexandr Esaulenco emphasized that Moldova is interested in further expansion of relations with Azerbaijan in political, economic and other fields. 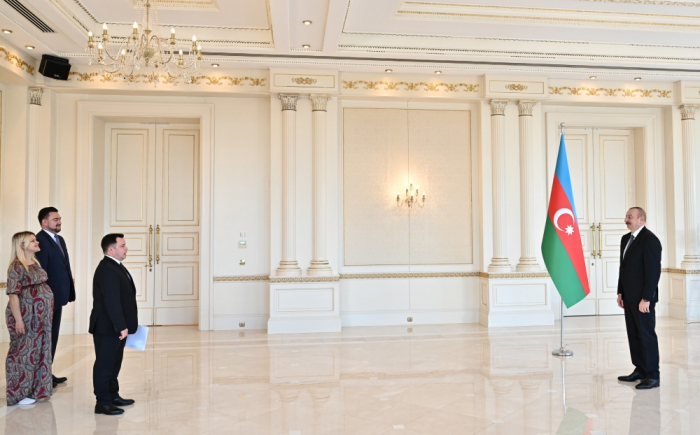 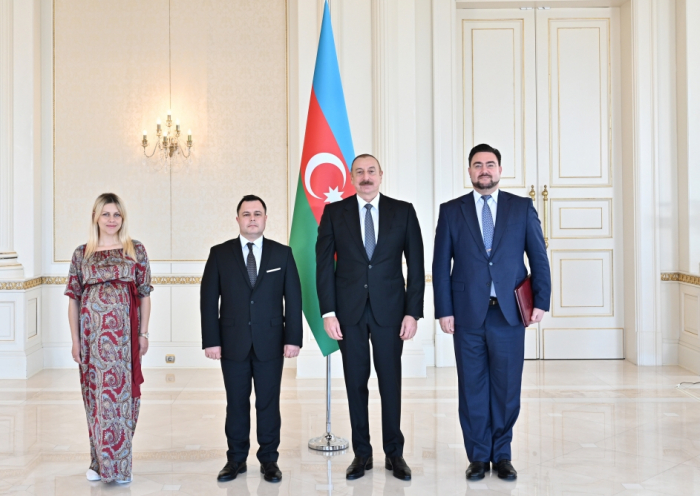