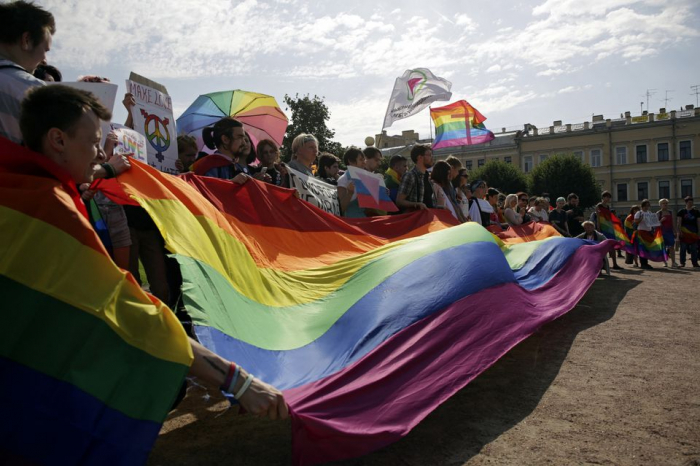 Russia's parliament on Thursday passed the third and final reading of a law that expands an existing ban on promoting "LGBT propaganda" to children by banning it among people of all ages.

Under the new law any event or act regarded as an attempt to promote homosexuality - including online, in film, books, advertising or in public - could incur a heavy fine.

Critics see the move as an attempt to further intimidate and oppress sexual minorities in Russia, where authorities have already used existing laws to stop gay pride marches and detain gay rights activists.

Lawmakers say they are defending morality in the face of what they argue are "un-Russian" decadent values promoted by the West. But human rights groups say the moves are designed to outlaw representation of minorities such as lesbians, gay men, bisexuals and transgender people (LGBT) in public life.


"LGBT today is an element of hybrid warfare and in this hybrid warfare we must protect our values, our society and our children," Alexander Khinstein, one of the bill's architects, said last month.

LGBT Network, which offers legal aid, has called the legislation an "absurd" attempt to humiliate and discriminate against the LGBT community.