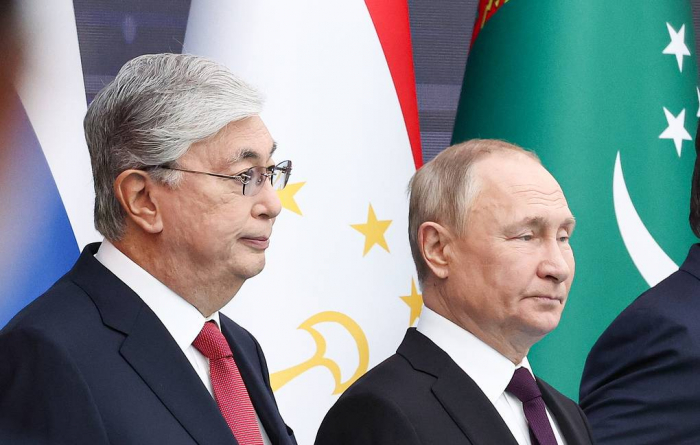 Russian President Vladimir Putin will hold talks with his Kazakh counterpart Kassym-Jomart Tokayev on Monday who arrived in Moscow on Sunday at the Russian president’s invitation, AzVision.az reports citing TASS.

This is Tokayev’s first visit following his re-election. As the Kremlin press service notes, "During the talks, the two leaders are expected to discuss further development of Russian-Kazakhstani relations of strategic partnership and alliance, as well as prospects for cooperation within the framework of integration alliances in the Eurasian space." "This will be a full-fledged visit extremely important for us and for bilateral Russian-Kazakh relations," Kremlin Spokesman Dmitry Peskov said.

According to the Kremlin official, following the official talks, the heads of state will continue their interaction during a working breakfast. It is planned to sign a number of bilateral documents, including a Russian-Kazakh declaration marking the 30th anniversary of diplomatic relations between the two countries.

The two leaders will also participate via a video link in the 18th Russia-Kazakhstan Interregional Cooperation Forum held in Orenburg.