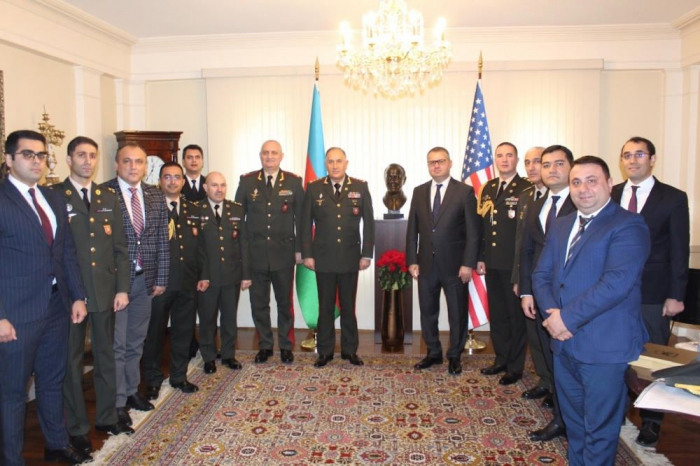 A delegation led by First Deputy Minister of Defense – Chief of the General Staff of the Azerbaijan Army Colonel General Karim Valiyev, who is on a visit to the United States of America, has visited the country`s embassy, AzVision.az reports citing the press service of Azerbaijani Defense Ministry.

During the visit, the delegation is scheduled to hold meetings with the US military leadership and meetings in Oklahoma within the framework of the State Partnership Program.

It should be noted that several events on the occasion of the 20th anniversary of cooperation between the Azerbaijan Army and the US Oklahoma Army National Guard will be organized as part of the visit.