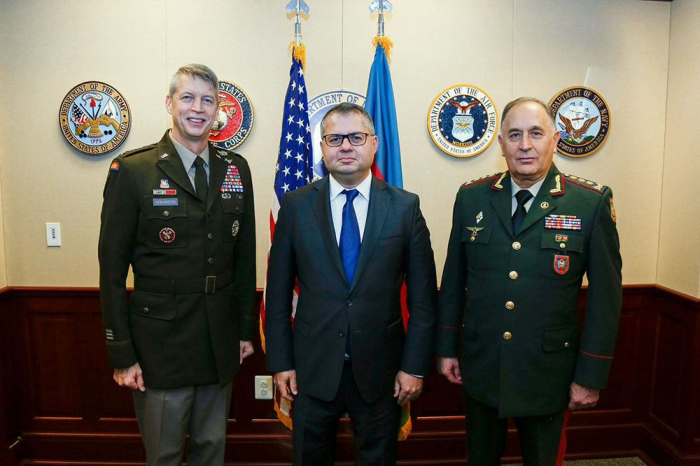 As part of the visit to the United States of America, the First Deputy Minister of Defense – Chief of the General Staff of the Azerbaijan Army, Colonel General Karim Valiyev met with the Chief of the US National Guard Bureau, General Daniel Hokanson, AzVision.az reports citing the Defense Ministry.

The sides discussed the current state and prospects of military cooperation within the framework of the State Partnership Program, as well as other issues of mutual interest.

Azerbaijani Ambassador to the US Khazar Ibrahim also participated in the meeting.