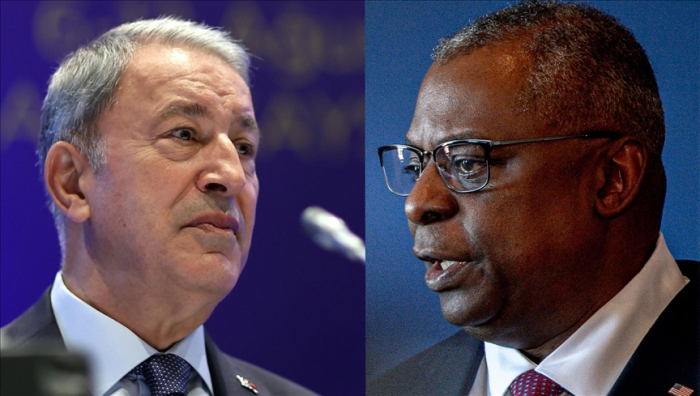 Akar stressed that Türkiye and the US are important allies, said a Turkish National Defense Ministry statement.

Referring to Türkiye's cross-border operations in northern Iraq and Syria, Akar said the counter-terrorism operations are being carried out in line with the right of self-defense under Article 51 of the UN Charter to ensure the security of the Turkish nation and its borders.

He also emphasized that the only target in the operations was terrorists and that Türkiye never targets coalition forces or civilians.

Cooperation and solidarity in the fight against terrorism will contribute to regional and global peace and security, he said, underlining that in this context, Türkiye is ready for cooperation against Daesh/ISIS and all other terrorist organizations.

Recently, Türkiye launched Operation Claw-Sword in northern Iraq and Syria, a cross-border aerial campaign against the PKK/YPG terrorist group, which has illegal hideouts across the Iraqi and Syrian borders where they plan and sometimes execute attacks on Turkish soil.

After the air operation was launched on Nov. 20, Turkish President Recep Tayyip Erdogan had also signaled a ground operation in northern Iraq and northern Syria to eliminate the terror threat.

In its more than 35-year terror campaign against Türkiye, the PKK – listed as a terrorist organization by Türkiye, the US and the European Union – has been responsible for the deaths of more than 40,000 people, including women, children and infants. The YPG is the terrorist group’s Syrian offshoot.