Ilham Aliyev continues to receive congratulations from US 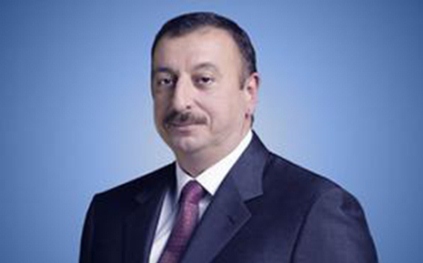 President Ilham Aliyev continues to receive congratulations from U.S. congressmen and senators, and members of the House of Representatives.

Azerbaijani President Ilham Aliyev continues to receive congratulatory letters from U.S. congressmen and senators, and members of the House of Representatives as he claimed a landslide victory in the October 9 presidential election.

Congressman Charles Dent says: “Congratulations on your presidential election victory. I look forward to maintaining strong and productive relations with you and your government.”

Senator Linda Coleman says: “I congratulate you on your re-election as President of Azerbaijan and in reaching another milestone in strengthening civil institutions.” “I appreciate the successes Azerbaijan has experienced under your leadership in the areas of improved social policies which has included: the decline of poverty, the improvement of over 400 regional healh centers, as well as the steps take to improve educational facilities.”

Roderick Hampton Scott, Member of the Alabama House of Representatives, says: “Congratulations to the people of Azerbaijan for a nationwide election offering a choice to voters allowing you to become President through the democratic process. This is certainly the highest honor that any political servant can receive from their fellow citizens, I congratulate you and may you be blessed with the humility to serve your people at the highest level of dedication and commitment.” “Our shared values include, among others, a vision for greater diversity, tolerance as well as respect for minorities: this is illustrated by Azerbaijan granting full voting rights to women before many other nations, including the United States. These fundamental building blocks for democracy have deep roots in Azerbaijan`s society. Mr. President, Mr. Aliyev, I am honored to wish you and the Azerbaijani people blessings as you move your nation into the future.”

Lance Gooden, Member of House of Representatives, writes: “Please accept my congratulations on your re-election as President of Azerbaijan in the October 9 election.” “The democratic process of fair and impartial elections, provides the foundation for a free and just society. America appreciates the commitment of Azerbaijan to a principle based and people oriented democratic society that celebrates all aspects of ethnic and gender diversity.”

Joe Dorman, Member of House of Representatives, State of Oklahoma, says: “I offer to you our sincerest congratulations on your successful election to the Presidency of Azerbaijan.”

“In your next term, I look forward to continuing and enhancing our nations` cooperation in the interest of regional stability, energy security, economic growth and democratic values. Under your leadership, I believe that Azerbaijan and the United States can become even stronger partners in prosperity.”

Mark Takai, Member of House of Representatives, State of Hawai, says: “Dear President Aliyev, I am writing to extend my heartfelt congratulations to you on your success in the recent election. “The United States and our European allies recognize the leadership Azerbaijan has demonstrated on the energy front.”

Hank Zuber, Member of House of Representatives, says: “I offer to you our sincerest congratulations on your successful election to the Presidency of Azerbaijan. The democratic process of fair and impartial elections, provides the foundation for a free and just society.”

Scott Pelath, Member of House of Representatives, State of Indiana, writes: “Please accept my heartfelt congratulations to you on your successful re-election. The residents of Azerbaijan are fortunate to have a president with a proven record of strong leadership and a clearly defined vision for your nation`s future.”