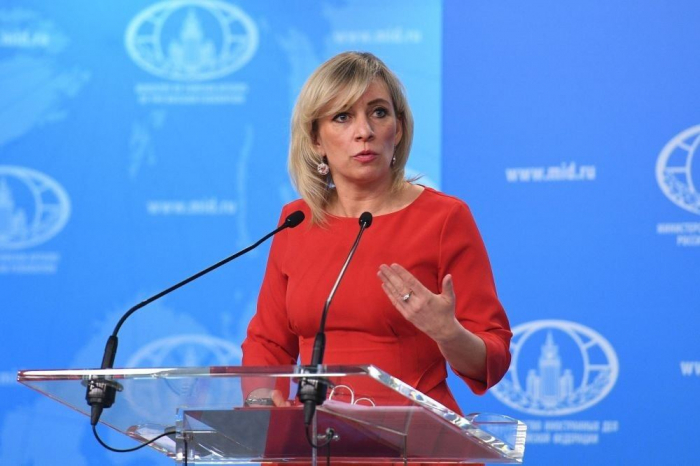 Armenia doesn’t have a clear position on how it understood the Alma-Ata Protocol [of 1991], the Spokesperson for the Russian Foreign Ministry Maria Zakharova said on December 8 during a weekly briefing in Moscow, AzVision.az reports.

“Sergey Lavrov explained everything in details at the press conference [in Moscow on December 1, 2022]. There is nothing more to say. It’s necessary to understand the unified position of the state on this issue and then we’ll be able to publicly discuss the details,” Zakharova noted.

“Lately we have seen many different interpretations of certain things. We want to basically understand the position of Yerevan on these aspects," she said.

"The Alma-Ata Protocol declares that all the USSR countries respect the inviolability of the existing borders. In other words, the Karabakh Autonomous Region was unambiguously part of the Azerbaijani SSR, and Azerbaijan, Armenia, France, as well as President of the European Council Charles Michel, by approving this issue, decided the matter of how to approach the matter of status, as far as Karabakh goes," Lavrov had said.