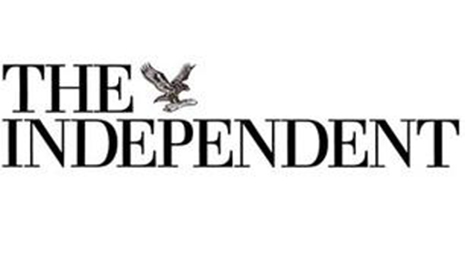 AzVision.az reprints an article from The Independent.
In the two decades since its independence from the Soviet Union, Azerbaijan has become an important strategic partner for both east and west and a symbol of Eurasian stability.

With an economy heavily fuelled by plentiful natural resources, Azerbaijan is determined to utilise its current buoyancy as a platform for greater internal, regional and even global stability. Part of the USSR until 1991, upon its independence Azerbaijan emerged as an important gateway to east and west, and a link between Russia, Turkey and Iran at one of Europe’s more volatile extremities. Hamstrung by porous borders and the ongoing conflict with Armenia, however, regional factors have produced testing conditions in which to try and ground a solid foreign policy in the last 20 years.

Of growing importance within Europe, Azerbaijan is well aware of its worth to the UK and United States.

At a time when the weakness of much of Europe makes it susceptible to a powerful Russia determined to keep a tight grip on gas supplies heading west, viable alternatives are thin on the ground. Antagonism with neighbouring Armenia remains a critical flashpoint however. US secretary of state John Kerry is a leading figure in the OSCE Minsk Group which seeks the resolution of a dispute that forms the highest priority for foreign minister Elmar Mammadyarov and which would further boost the whole region’s stability.

“As a fundamental principle we strive to make our own contribution to maintaining peace and stability and expanding prosperity. Further integration into Euro-Atlantic structures is a strategic path consistently pursued by Azerbaijan… and we want this strategic partnership to expand into various other areas,” says Mammadyarov. As the largest foreign investor in the country, the UK is increasingly focussing its attentions on Azerbaijan as an energy provider and business partner. With hundreds of British companies registered in the country today, the conflict’s swift and peaceful resolution has important repercussions further west. Christopher Pincher MP, chairman of the UK parliament’s All-Party Parliamentary Group on Azerbaijan certainly believes that the UK should firmly “encourage the authorities in Baku to continue to look west.” “Sandwiched between the power players Russia to the north and Iran to the south, and with Nagorno-Karabakh as a bruise that just will not fade,” he says, ‘there remains the possibility that Azerbaijan might choose a different route. And that would be a mistake for all.”

“The solution of the conflict will open up opportunities for the long-term economic development of the countries in the region,” explained Ali Hasanov, Azerbaijan’s deputy prime minister, whose post was established by former president Heydar Aliyev to oversee the government’s reaction to the needs of the people displaced by the conflict.

Indeed resolving the Nagorno-Karabakh question is the key starting point for a nation looking to assert itself on the world stage and one that the foreign minister believes will be helped by its influence on the UN. “Our seat at the UN Security Council has put Azerbaijan’s foreign engagement on a different level,” says Mammadyarov. “We will redouble our efforts in reaching out to new countries and regions to raise awareness about the conflict and will stick to our position that the Armenian armed forces must withdraw from the occupied territories.”

Non-permanent membership of the UN Security Council was a big step forward for the country’s global esteem, a recognition both of its geography and the progress of a once little-known country now being cited as a culturally rich tourism centre and example of religious tolerance. Military support for the UK in Afghanistan and the opening of the country’s airspace to NATO supplies in and out is evidence of a determination to take part in international peacekeeping operations.

The fostering of trade links is another important mechanism to create closer ties with the West, and Azerbaijan needs to extend beyond hydrocarbon reserves to exert a lasting influence. Along with its neighbour Turkey, the country today represents one of the world’s few secular Muslim states, with a long history of cultural and religious tolerance as well as women’s rights. One element of those trade links influencing foreign policy is the re-establishment of the Silk Road, the historic commercial route that once thrived off the back of east-west trade and and whose connections helped the early dissemination of religion and philosophies throughout the region. That backdrop of history has been used to convene important international forums discussing transport policy and trade tariffs between Asia and Europe, but strong international relations are the only way to successfully see through Azerbaijan’s role as a crucial bridge for routes between China, Turkey and on to France and the UK. Due in part to its geopolitical position and hydrocarbon riches, Azerbaijan’s global influence is steadily increasing, and the EU and US are actively courting the state to promote regional stability, provide alternative gas supplies and become a new market for business. Meanwhile, Azerbaijan is seeking intermediary help to finally resolve its own disputes and position itself within the extended UN framework, with the shared goals that will continue to make the nation a crucial Eurasian crossroads.

A partner for the UK

With over 5,000 British expatriates working in the country, mostly centred on the capital Baku, UK-Azerbaijan trade ties are very visible. British companies outnumber those of any other Western country operating in the nation and range from FTSE 100 firms, such as BP, Petrofac, AMEC, Rolls Royce and GlaxoSmithKline, to small and medium enterprises. UK businesses are highly regarded in Azerbaijan, and the country remains the largest foreign investor. In fact, according to Azerbaijan’s State Statistical Committee, UK investments made up over 51 percent of all foreign inflows in 2012, with a similar figure expected for 2013, and the country has consistently been in the top five countries exporting goods to Azerbaijan. The opening up of other, non-oil, sectors of the economy – whose year-on- year growth had topped 10 percent as at 1st September, versus the 5.2 percent overall GDP growth in the same period – is set to provide plenty of opportunities to consolidate that position.

The UK is seeking to leverage its City of London expertise to help with the development of Azerbaijan’s nascent financial services sector, while industrial parks such as the Information and Communications Technology (ICT) High Tech Park and the Sumgayit Chemical Industrial Park (SCIP), just outside of Baku, represent real opportunities for UK companies to get involved in areas from project management to telecommunications. English is rapidly becoming the language of business, especially amongst the younger generation, while a new drive from Azerbaijan’s education ministry to bring the level of education in the country in line with European and international standards has created openings for UK educational institutions. The British Council, which will host the first and biggest Education UK fair in the country in November 2013, is working to bring together British universities and their Azerbaijani counterparts. The UK and Azerbaijan have enjoyed diplomatic relations since 1992, and both sides take pains to ensure that this relationship continues to blossom. Last month, UK foreign secretary William Hague met with foreign minister Elmar Mammadyarov in London where they discussed issues ranging from the two countries’ collaboration in Afghanistan to the opportunity for the UK to share its experiences from the London Olympics with Azerbaijan ahead of the 2015 European Games.

Azerbaijan values the UK’s support in the conflict over Nagorno-Karabakh, and the UK has also been supportive of Azerbaijan’s integration within European structures, welcoming the Association Agreement that is currently being negotiated between the EU and Azerbaijan, which will significantly deepen Azerbaijan’s political association and economic integration with the bloc of nations.

Nagorno-Karabakh is the focus of an ongoing dispute between Azerbaijan and a Russian-backed Armenia that began in 1987 and erupted into war in 1991, displacing hundreds of thousands of Azerbaijanis. The region together with seven neighbouring districts, while internationally recognised as Azerbaijani sovereign territory, are to this day occupied by Armenian armed forces. Four UN Security Council Resolutions, and similar statements from the EU, NATO and Organisation of Islamic Cooperation, which have called for the withdrawal of Armenian forces have so far gone unanswered. “Overall, as a result of Armenian military aggression, 20 percent of Azerbaijan’s land – Nagorno-Karabakh and seven adjacent regions – has been occupied,” says deputy prime minister Ali Hasanov, who points out that independent international experts put the loss to the economy of Azerbaijan at over US$300 billion. “The number of internally displaced peoples (IDPs) and refugees in Azerbaijan has reached 1.2 million over the last 20 years,” he adds. Elmar Mammadyarov’s foreign ministry is working to return the land and bring lasting peace to the area, while the OSCE Minsk process, led by the US, Russia and France, is heading up international efforts to broker a peaceful solution and bring assistance to the thousands of displaced Azerbaijanis forced into refugee camps. The precarious ceasefire continues to be punctuated by skirmishes, and a swift solution is essential to the long-term development of the region.

Brussels has been discussing with Baku the feasibility of the Southern Gas Corridor since talks at a 2009 summit in Prague. Azerbaijan clearly wants to maximise income from its resources and the European Union desperately wants to loosen Russia’s grip on its fuel supply, but meaningful negotiations have been slow to emerge with important external criteria still to be met first. Meanwhile a growing number of companies from EU countries, most significantly Holland and Belgium, are following the UK’s lead and setting up in Baku to take advantage of a booming economy and widespread redevelopment at a time when much of Europe remains grounded for investors.

As well as being the biggest overseas investor in the country, the UK’s aid organisations including Oxfam and United Aid have been carrying out projects to help internally displaced Azerbaijanis. Christopher Pincher heads up a Westminster group dedicated to improving ties between the two nations, extending the UK presence therein as well as paving the way for an important energy agreement as North Sea gas reserves continue to rapidly decline.

Azerbaijan’s emergence as an influential global player was recognised in October 2011 when it was offered a non-permanent seat on the United Nations Security Council ahead of Slovenia and Hungary. The Council has already called for a speedy and peaceful resolution of the Nagorno-Karabakh conflict and, like the EU, the UN has formally recognised the territorial integrity of Azerbaijan. In October, Baku will host the International Model UN Security Council Conference for the first time, with the graduates of 45 universities from 15 UN member states taking part in the event.

Turkey was the first nation to recognise Azerbaijani independence in 1991 and a shared linguistic heritage, culture and history, as well as a short border, continue to make for close relations between the two. Turkey also, therefore, has a vested interest in the peaceful settlement of the conflict with Armenia, and a strategic partnership for the movement of gas to the west sits at the heart of their politics.