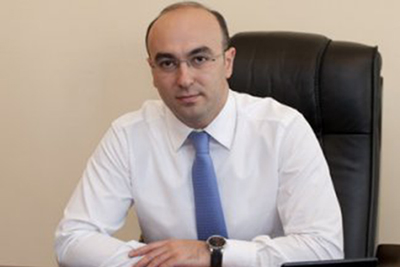 Azeri and US officials continue exchanging barbs after Washington said it agreed with the OSCE assessment that Azerbaijan`s Oct. 9 presidential election fell short of international standards.

The chief of Azerbaijan`s presidential administration, Ramiz Mehdiyev, said last week that US officials "advised us to give 25 percent of votes to a representative of country`s the [opposition] National Council, while leaving the remaining 74-75 percent to the candidate of the ruling party … As if having such votes ratio, the US Department of State would have given a balanced assessment of the elections.”

Elnur Aslanov, a department head at President Ilham Aliyev`s office, today named the American official who allegedly proposed rigging the election. He said it was Ambassador Richard Morningstar who made the proposal "at meetings with members of the government and representatives of the presidential administration”.

"They say one thing at private meetings and a completely different thing for media,” Aslanov was quoted as saying by 1news.az website. "We think it is unacceptable.”

Aliyev won a third term in the Oct. 9 election with almost 85 percent of votes, according to the Central Electoral Commission. The opposition candidate, Camil Hasanli, received only 5.5 percent.