Jacinda Ardern: New Zealand PM says no regrets over decision to step down 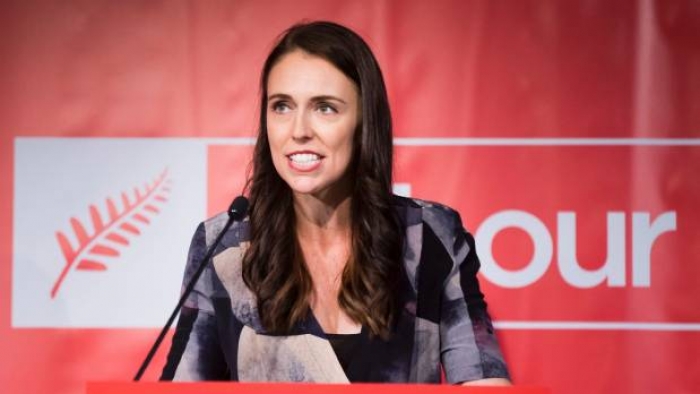 Jacinda Ardern says she has "no regrets" about her plans to quit as New Zealand leader, after a decision that shocked both supporters and critics.

A day after revealing she had "no more in the tank", Ms Ardern said she was feeling a "range of emotions" from sadness to a "sense of relief".

Polls suggest her party has a difficult path to re-election in October.

The prime minister said she would not openly back any of the likely candidates to replace her.

Speaking on Friday outside an airport in Napier - where the Labour Party caucus had gathered for a retreat - Ms Ardern said she had "slept well for the first time in a long time".

In response to questions by reporters, she rejected suggestions by some commentators that experiences of misogyny had played a role in her decision.

Ms Ardern said she had a "message for women in leadership and girls who are considering leadership in the future" that "you can have a family and be in these roles", adding "you can lead in your own style".

On Thursday, she said she was looking forward to spending more time with her family and for being there when her daughter starts school later this year.

She will step down by 7 February and Labour Party MPs will hold a leadership vote on Sunday. If no candidate gets the support of two-thirds of the party, the vote will go to the wider Labour membership.

But Ms Ardern said she expected a successor would be selected on Sunday.

Chris Hipkins, who currently holds the education and police portfolios, appears to be the most likely candidate. Mr Hipkins, 44, led the government's response to the pandemic after being appointed minister for Covid-19 in November 2020.

He later conceded that strict restrictions should have been scaled back sooner.

Other potential candidates include Minister of Justice Kiri Allan, 39. If successful she would become the country's first prime minister of Maori descent, as well as the first openly gay leader.

Michael Wood, 42, the Minister for Transport and Workplace Safety is also on the list of potential successors.

Reaction to Ms Ardern's decision has been mixed in New Zealand. One local, Liliana Lozano, said she'll miss the leader's "kindness and her ability to relate to others".

"Watching her on TV made me feel safe during [Covid] lockdown," she told the BBC.

But Tina Watson, who is originally from the UK and now lives in South Africa, blamed Ms Ardern for separating her from her family because the borders were closed for more than two years.

"Her Covid-19 restrictions were so harsh," Ms Watson said. "I have three children [in New Zealand], six grandchildren - two of whom I've never met. She drew me apart from them. I'm glad she resigned."

Jacinda Ardern's personal popularity has taken a hit recently, with latest polls suggesting it's at its lowest since she came to power in 2017.

New Zealand has been dealing with issues including a deteriorating economy, a cost of living crisis and concerns about crime rates.