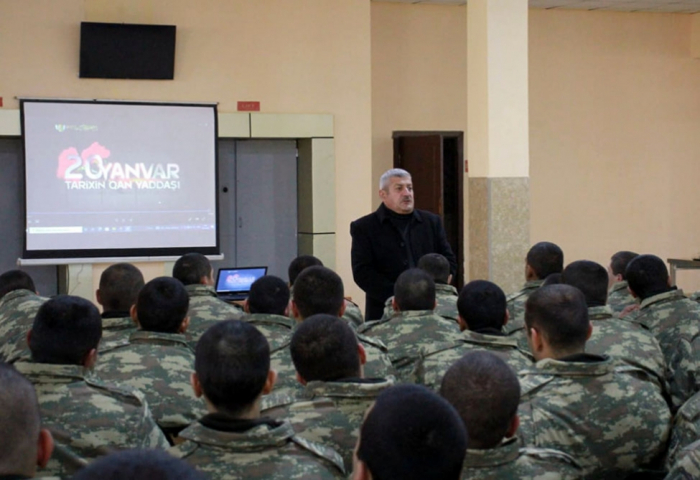 According to the plan approved by the Minister of Defense, on the occasion of the 33rd anniversary of 20 January tragedy, the Azerbaijan Army held a series of events to promote patriotism among the military personnel, as well as raise morale and fighting spirit, the Ministry of Defense told reporters.

The ceremonies highlighted the historical significance of 20 January tragedy, and the successful policy carried out by National Leader Heydar Aliyev and President of the Republic of Azerbaijan, Supreme Commander-in-Chief of the Armed Forces Ilham Aliyev, to inform the world community about the events' truth. The speakers remembered the dedication of Azerbaijani sons and daughters, who fought for national liberation during that historical period, as well as the heroism of the Azerbaijani people.

The memory of martyrs was honored with observing a minute of silence in the Azerbaijan Army. 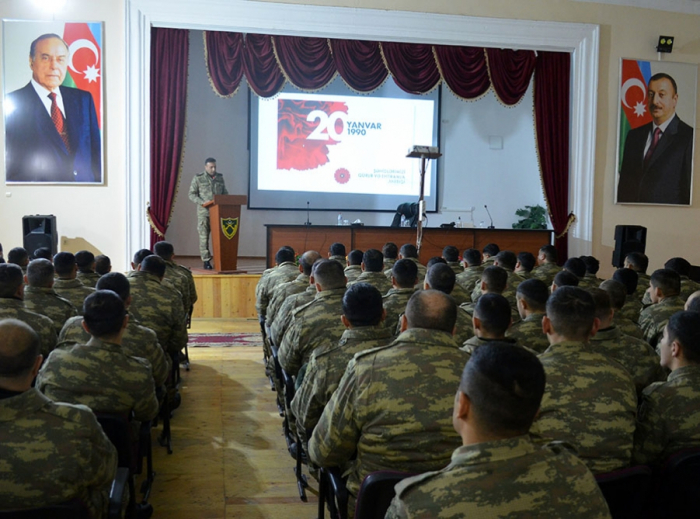 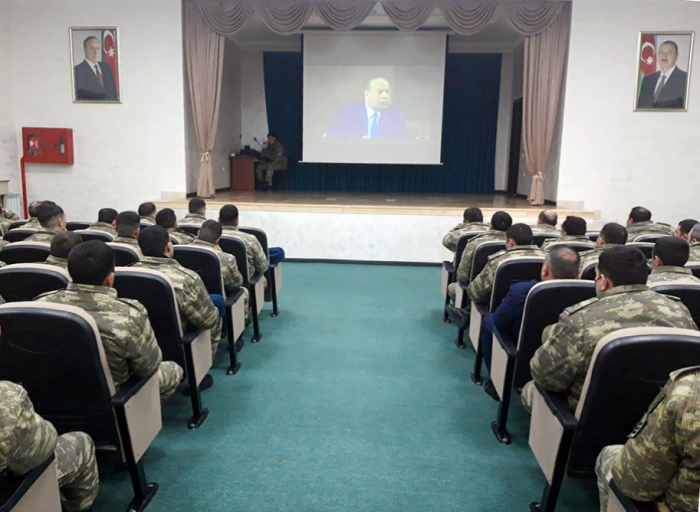 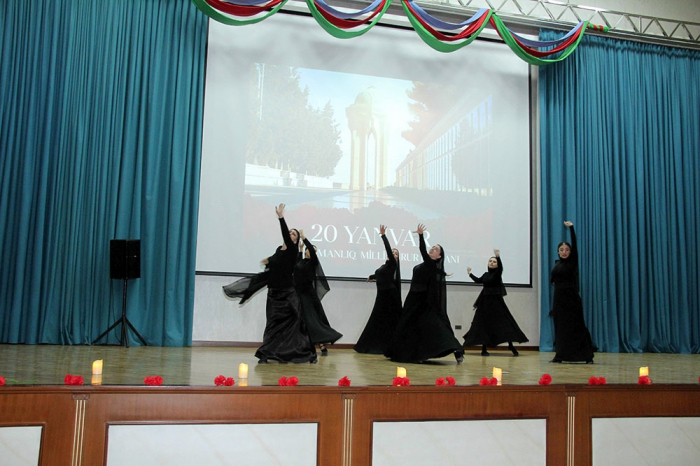