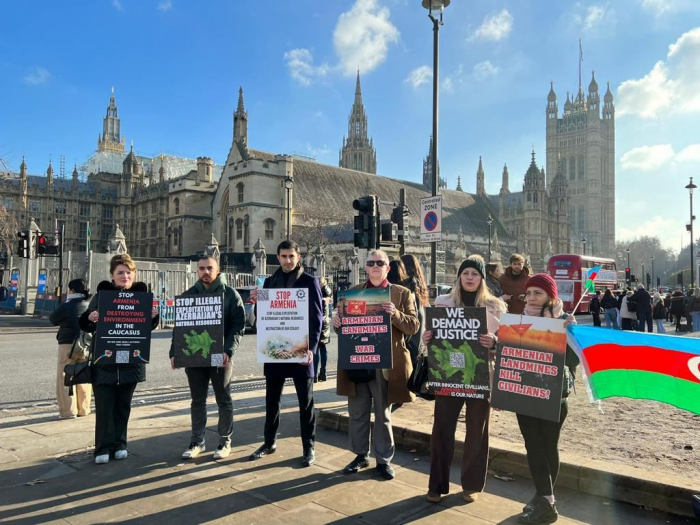 A peaceful protest was held in Parliament Square in London as a sign of protest against the illegal exploitation of mineral deposits by Armenia in the Azerbaijani territories under the temporary control of Russian peacekeepers, AzVision.az reporte citing the State Committee on Work with Diaspora of Azerbaijan.

Representatives of Azerbaijani and Turkish diaspora organizations, local residents and Azerbaijani students studying in this country took part in the protest organized by the Coordination Council of Azerbaijanis in the UK.

The protest action lasted for two hours and protestors demonstrated support to the Azerbaijani Eco activists by holding signs that read, “Stop the illegal exploitation of Azerbaijan's natural resources!” and “Stop environmental terrorism in the territories of Azerbaijan!” “Stop Armenian ecocide” “Armenian mines=war crimes” “We demand justice” and others.

Residents of London city were informed about Armenia's illegal exploitation of Azerbaijan's natural resources in the territories under the temporary control of Russian peacekeepers.