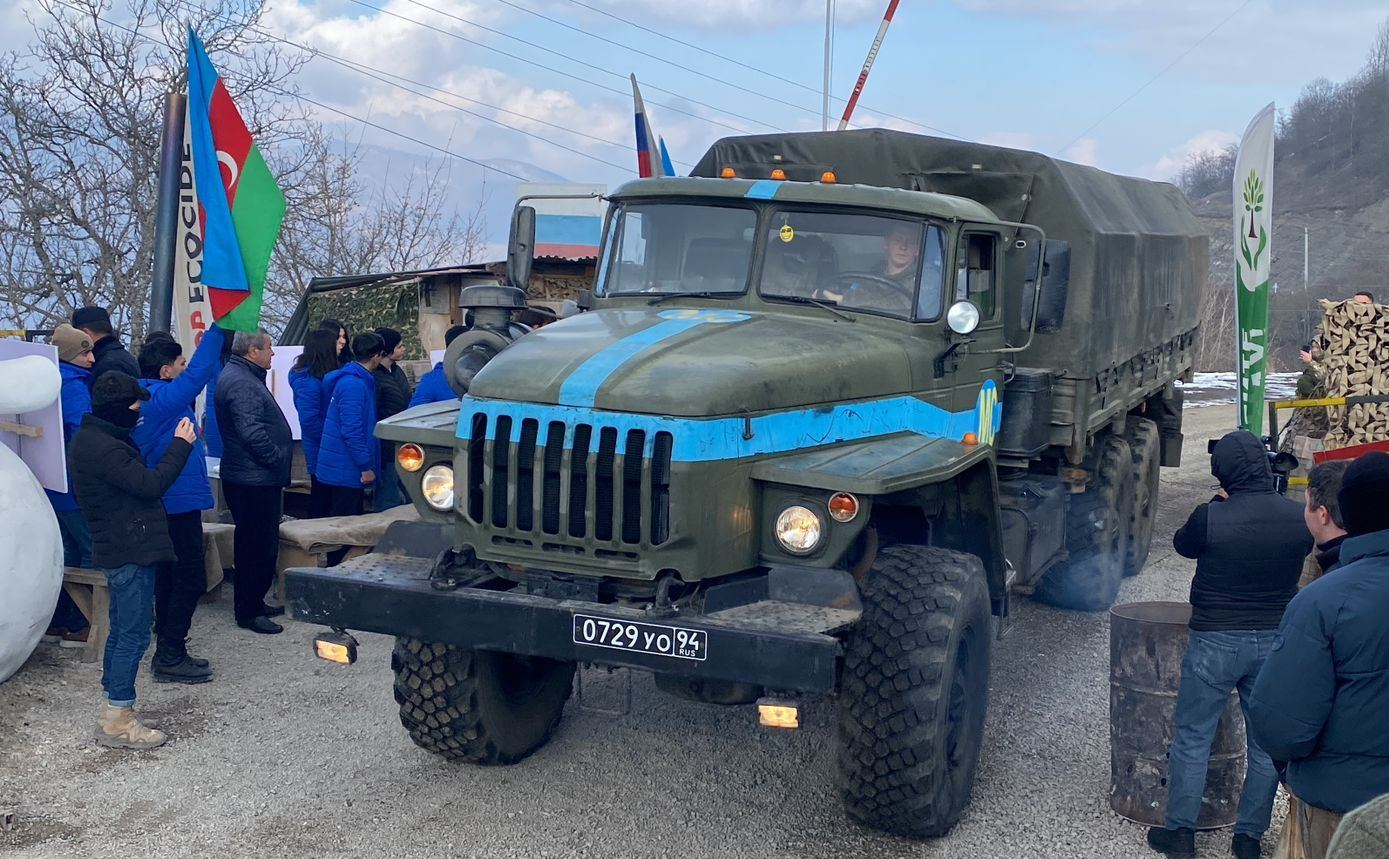 Conditions have been once again created for the passage of 13 vehicles of Russian peacekeepers [temporarily deployed in Azerbaijan] along the Lachin-Khankendi road near Shusha, AzVision.az reports.

Free passage of 13 vehicles from Khankendi city in the Lachin direction has been ensured.

This once again proves that humanitarian vehicles can pass freely through the peaceful protest area, and there are no obstacles for them.

The peaceful protest on the Lachin-Khankendi road against the illicit exploitation of Azerbaijan's mineral resources in the area of Russian peacekeepers' temporary deployment has been going on for over forty days.

Previously, following the talks with the Russian peacekeepers' command on December 3 and 7, 2022, a group of experts from the Ministry of Ecology and Natural Resources, the State Property Service under the Ministry of Economy, and AzerGold CJSC were going to begin preliminary monitoring of the illicit mineral resource exploitation, as well as emerging environmental implications on Azerbaijani lands, where the Russian peacekeepers are temporarily deployed, on December 10, 2022.

The expert team was expected to inspect the environmental condition at the 'Gizilbulagh' gold deposit and the 'Damirli' copper-molybdenum deposit, monitor various areas, organize cadastral property records, assess potential risks and threats to the environment, as well as to underground and surface water sources.

However, when arriving in the monitoring area, the expert group, accompanied by Russian peacekeepers, faced provocations. The planned initial inspection and monitoring did not take place due to the fact that the Russian peacekeepers not only did not create necessary conditions but also prevented for the entire process to carry on.