Turkish President Erdogan points to May 14 as election date 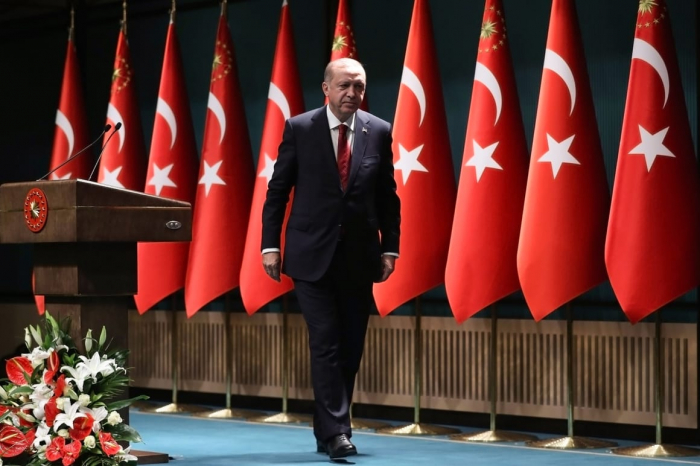 President Recep Tayyip Erdogan announced that Türkiye's elections will be held on May 14 – a month earlier than scheduled – according to a video shared by his office Sunday, AzVision.az reports citing Daily Sabah.

Erdogan, who plans to seek reelection, made the announcement during a Saturday youth conference in northwestern Bursa province. A video of the event was released Sunday.

"I am grateful to God that we will be walking side by side with you, our first-time voting youth, in the elections that will be held on May 14," Erdogan told the group.

He said he would make the formal call on March 10, after which Türkiye’s Supreme Election Council (YSK) would prepare for the elections.

“This is not an early election, this is bringing forward the elections.”

The election date only becomes official once it is published in the government gazette.

If no candidate secures more than 50% of the vote, a second round of voting would be held on May 28.

A six-party opposition alliance has yet to put forth a presidential candidate. The Peoples' Democratic Party (HDP) that is the third-largest in Parliament has so far been excluded from the alliance and said it might field its own candidate.

“Our people are seeking to choose a president to rule the country, they (the six party coalition) seek a candidate that the coalition partners will manage,” he said.

This year's elections were supposed to take place in June, but ruling party members said that month would coincide with summer and religious holidays, prompting an earlier date.

Most recently, main opposition Republican People's Party (CHP) Chair Kemal Kılıçdaroğlu said that the alliance is fine with holding the country's next parliamentary and presidential elections on May 14.

The Nationalist Movement Party (MHP) and the ruling Justice and Development Party (AK Party) are partners under the People's Alliance, with Erdoğan serving as the alliance's candidate for the upcoming presidential elections.

The six allied opposition parties are running out of time, bickering about everything from policy and strategy to which candidate to field against the 68-year-old leader.

The 2023 elections will likely be the first time with two rounds, as it will be the first since the country switched to a presidential system of governance.