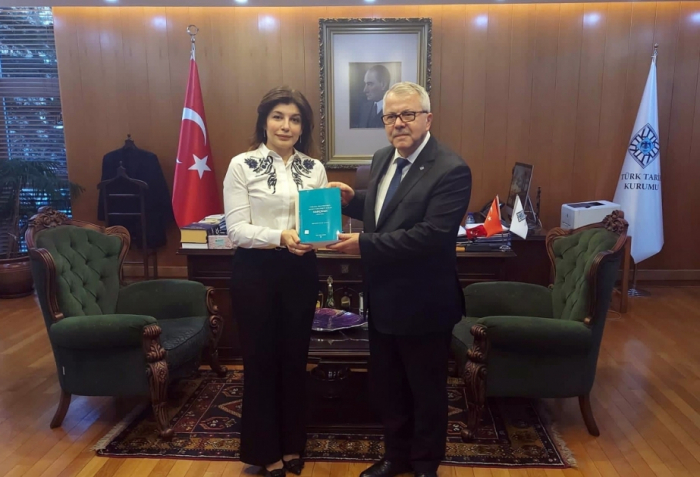 During the meeting, the sides touched upon the importance of the preservation, deeper study and research of the historical and cultural heritage of the Turkic World. The parties shared their experiences in similar directions of their activities, including restoration of the national Turkic heritage. The support of the Turkish Historical Society for archaeological studies, as well as the Foundation's projects related to the minorities of Turkic ethnic origin settled in various foreign countries were hailed. It was noted that the projects to be implemented as part of joint cooperation between the two organizations will contribute to the preservation of the ancient culture of the Turkic people and its transmission to future generations.

The meeting continued with the exchange of views on the expansion of mutual relations.

Birol Cetin presented a number of publications of the Turkish Historical Society to Gunay Afandiyeva.