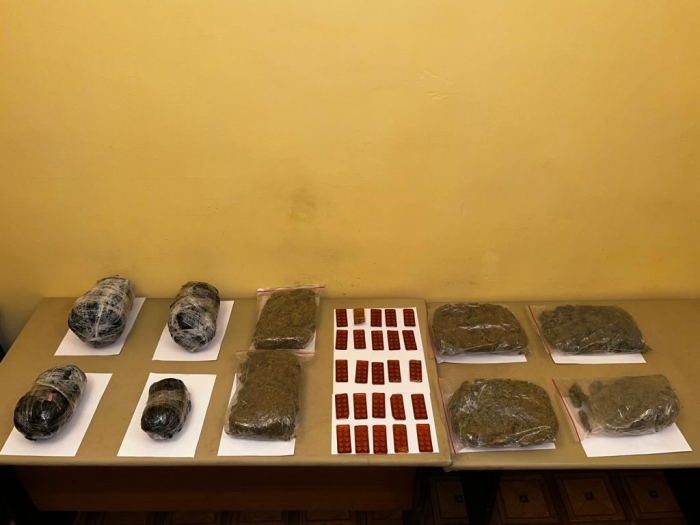 Drug trafficking from the Islamic Republic of Iran to Azerbaijan was prevented in the 'Goytapa' border detachment area of the Azerbaijani State Border Service's border troops, located near the Malikgasimli village of Jalilabad district, at 16:25 (GMT+4) on January 21, News.Az reports.

It was established that drugs with a total weight of 5.3 kilograms (marijuana and 250 psychotropic methadone M-40 tablets) were found in a bundle hidden in bushes on the border line.

The corresponding operational and investigative measures are being taken.

According to the State Border Service, at 18:35 (GMT+4) on January 20, Azerbaijani border guards suppressed drug smuggling from Iran in the 'Horadiz' border detachment area, near the Shukurbayli village of Jabrayil district of Azerbaijan. Drugs with a total weight of 13.13 kilograms (9.88 kg of marijuana, 3.25 kg of opium, and 2000 psychotropic methadone M-40 tablets) were found in two bundles hidden on the banks of the Araz River.