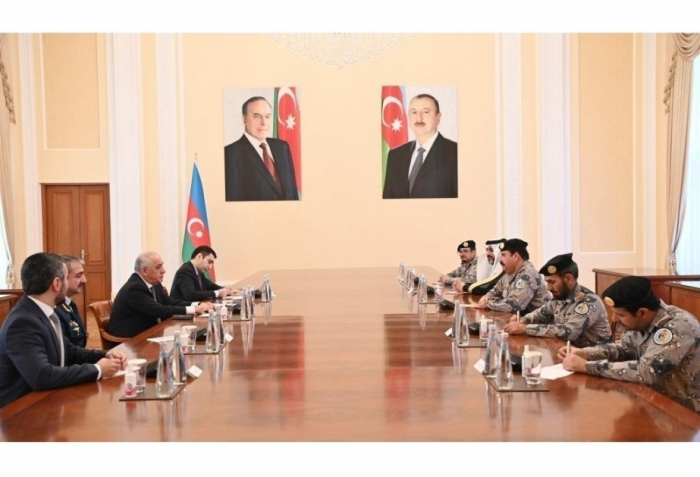 Prime Minister of the Republic of Azerbaijan Ali Asadov has met with Director General of the Border Guard of the Kingdom of Saudi Arabia, Major General Mohammed bin Abdullah Hamdan Al-Shehri, AzVision.az reports.

During the meeting, the sides hailed the successful development of friendly and brotherly relations between Azerbaijan and Saudi Arabia in all areas.

They stressed the importance of the 7th meeting of the Joint Commission on Cooperation between the Republic of Azerbaijan and the Kingdom of Saudi Arabia in the fields of economy, trade, investment, technology, culture, sports and youth and the Azerbaijan-Saudi Arabia Investment Forum held in Baku at the end of last year.

Major General Mohammed bin Abdullah Hamdan Al-Shehri was informed about the reforms aimed at strengthening border security in Azerbaijan, as well as achievements gained in this regard.

The sides also discussed the prospects for development of cooperation between the border authorities of the two countries.

Chief of the State Border Service of Azerbaijan Elchin Guliyev was also present at the meeting.