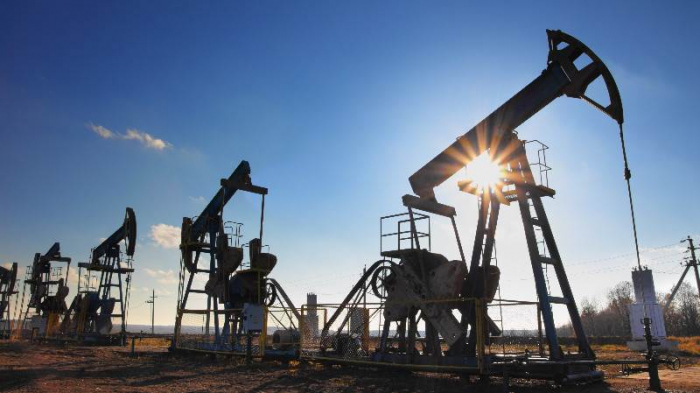 Crude oil prices edged higher in Asian trade on Tuesday amid hopes of a fuel demand recovery from top importer China, although concerns about a slowdown in the U.S. economy capped gains, AzVision.az reports citing Reuters.

Crude oil prices in physical markets have started the year with a rally, as China, no longer held back by pandemic controls, has shown signs of more buying and as traders have worried that sanctions on Russia could tighten supply.

The dollar hovered near a nine-month low to the euro and gave back recent gains against the yen, as traders continued to gauge the risks of a U.S. recession and the path for Federal Reserve policy.

In the United States, "the economy still could rollover and some energy traders are still sceptical on how quickly China's crude demand will bounce back this quarter," OANDA analyst Edward Moya said in a note.

Demand for products has lifted the oil market and refining margins. The 3-2-1 crack spread , a proxy for refining margins, rose to $42.18 per barrel on Monday, the highest since October.

Investors have piled back into petroleum futures and options at the fastest rate for more than two years as concerns about a global business cycle downturn have eased, although flash PMI data due on Tuesday is expected to show a contraction.

This week traders are watching for more business data that could indicate the health of global economies during an earnings reporting season.

On the inventory side, U.S. stocks of crude oil and gasoline were expected to have risen last week, while distillate stocks were seen lower, a preliminary Reuters poll showed on Monday.

The poll was conducted ahead of reports from the American Petroleum Institute, an industry group, due at 4:30 p.m. ET (2130 GMT) on Tuesday, and the Energy Information Administration, the statistical arm of the U.S. Department of Energy, due at 10:30 a.m. (1530 GMT) on Wednesday.