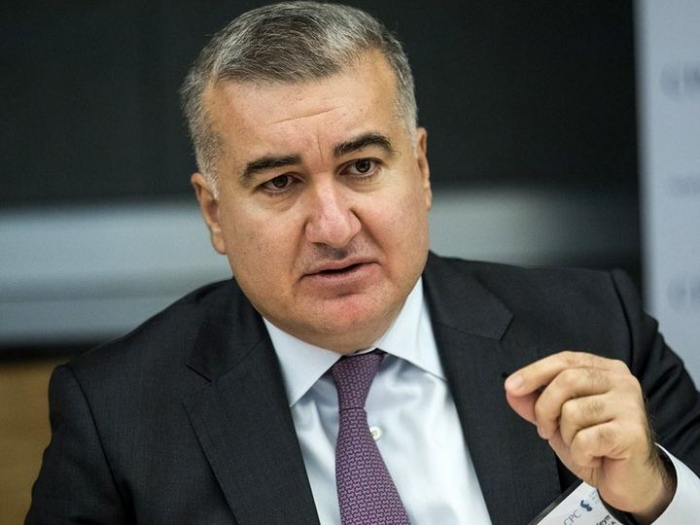 Hundreds of vehicles passing on the Lachin-Khankendi road show that there is no "blockade" by Azerbaijan, as the Armenian side presents it, Ambassador of Azerbaijan to the UK Elin Suleymanov said in an article published in Financial Times, AzVision.az reports.

In response to the article of Anastasia Stognei and Max Seddon in FT, Suleymanov noted, that the authors "are correct to highlight the negative impact of the Russian-Armenian oligarch Ruben Vardanyan on the situation in the territories of Azerbaijan under temporary deployment of Russian peacekeepers, and on the process of Armenian-Azerbaijani normalization".

However, as the ambassador noted, "the authors are too quick to dismiss the valid concerns of the Azerbaijani society regarding the very real destruction of the environment and smuggling of landmines and weapons through the Lachin road from Armenia, in violation of commitments officially undertaken by the Armenian government in Yerevan".

"As a reminder, the movement for national liberation in Azerbaijan in 1988 began with a demand to protect the Tophana forest near Shusha, so the concern for Karabakh’s nature is neither new, nor superficial," Suleymanov pointed out.

Although, the question that should be addressed to the separatists in Khankendi, is why they are preventing local Armenians from traveling to Armenia, he noted.

"The FT article confirms that the Karabakh region is an internationally-recognized part of Azerbaijan. Even Armenia implied this was so, most recently in stating its recognition of Azerbaijan’s territorial integrity and sovereignty based on international documents. What would serve the best interests of the Armenian and Azerbaijani people alike is to move forward with a comprehensive agreement to ensure a lasting peace in the Caucasus," the ambassador concluded.

Meanwhile, the peaceful protest on the Lachin-Khankendi road against the illicit exploitation of Azerbaijan's mineral resources in the area of Russian peacekeepers' temporary deployment has been going on for over forty days.

Previously, following the talks with the Russian peacekeepers' command on December 3 and 7, 2022, a group of experts from the Ministry of Ecology and Natural Resources, the State Property Service under the Ministry of Economy, and AzerGold CJSC were going to begin preliminary monitoring of the illicit mineral resource exploitation, as well as emerging environmental implications on Azerbaijani lands, where the Russian peacekeepers are temporarily deployed, on December 10, 2022.

The expert team was expected to inspect the environmental condition at the 'Gizilbulagh' gold deposit and the 'Damirli' copper-molybdenum deposit, monitor various areas, organize cadastral property records, assess potential risks and threats to the environment, as well as to underground and surface water sources.

However, when arriving in the monitoring area, the expert group, accompanied by Russian peacekeepers, faced provocations. The planned initial inspection and monitoring did not take place due to the fact that the Russian peacekeepers not only did not create necessary conditions but also prevented for the entire process to carry on.