Spotify cuts jobs in latest round of tech layoffs 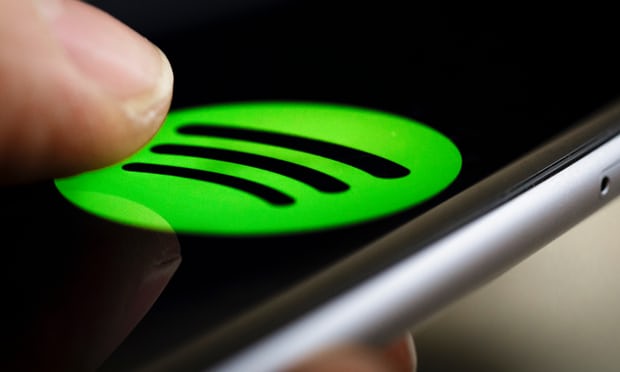 Swedish music-streaming giant Spotify says it will cut 6% of its about 10,000 employees, citing a need to improve efficiency.

"In hindsight, I was too ambitious in investing ahead of our revenue growth," boss Daniel Ek wrote on the company's blog.

Spotify has never posted a full-year net profit, despite its popularity in the online music market.

It follows last week's announcements of losses at Microsoft and Alphabet.

Alphabet, which owns Google, said it would shed 12,000 jobs, while Microsoft said up to 10,000 employees would lose their jobs.

"I take full accountability for the moves that got us here today," Mr Ek added.

The company also said its chief content and advertising business officer, Dawn Ostroff, would depart as part of a broader reorganisation.

Spotify, which had about 9,800 full-time employees last year, said it expected to incur at least €35m (£30m) in severance-related charges.

The Swedish company, which is listed on the New York Stock Exchange, has invested heavily since its launch, to fuel growth with expansions into new markets and, in later years, exclusive content such as podcasts.

The company had said in October it would slow down hiring for the rest of the year and into 2023.

Spotify's announcement comes at a time when technology companies are facing a downturn after two years of pandemic-driven growth during which they had hired aggressively.

Hundreds, including some of the sector's biggest names, have revealed redundancies in recent weeks.

At the start of this year, Amazon announced it planned to cut more than 18,000 jobs because of "the uncertain economy" and rapid hiring during the pandemic.

In November, Meta announced it would cut 13% of its workforce, a total of 11,000 employees.