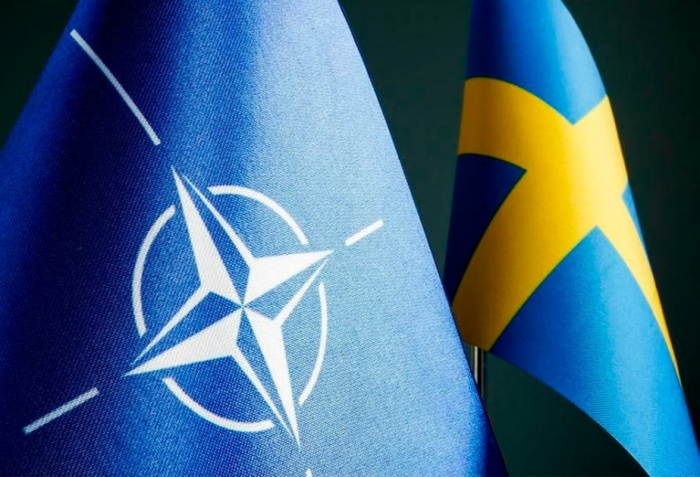 In a Twitter survey by Anadolu, 92.5% of respondents said no to Türkiye approving of Sweden's bid to join NATO, the news agency said Monday.

A total of 50,155 people responded to the 24-hour survey asking: "Do you think Türkiye should support Sweden's bid to join NATO?" and many also shared their views in the comments section.

This survey came on the heels of the burning of a copy of the Muslim holy Quran and the allowing of a demonstration by PKK terror group supporters, both in Sweden.

Türkiye condemned Rasmus Paludan, leader of the Danish far-right party Stram Kurs (Hard Line), who was given permission to burn a copy of holy Quran on Saturday outside the Turkish Embassy in Stockholm.

Türkiye also condemned Sweden for allowing a demonstration by supporters of the PKK terror group in the capital Stockholm.

The Turkish Foreign Ministry summoned Swedish Ambassador to Ankara Staffan Herrstrom, who was told that Türkiye "strongly condemns this provocative act, which is clearly a hate crime, that Sweden's attitude is unacceptable, that Ankara expects the act not to be allowed, and insults to sacred values cannot be defended under the guise of democratic rights."

Türkiye warned Sweden that allowing propaganda activities that PKK-affiliated circles were preparing to carry out in Stockholm is a "clear violation" of the tripartite deal the countries signed last June, according to Turkish diplomatic sources.

However, he added that it would be "very inappropriate" for him to call for a person not to be allowed to carry out a demonstration.

Last week, Türkiye called on Sweden to take steps against terror groups after a demonstration in Stockholm, where supporters of the PKK terrorist group hung in effigy by the feet Turkish President Recep Tayyip Erdogan and then uploaded footage of the provocation along with threats against Türkiye and Erdogan.

Sweden and Finland formally applied to join NATO last May, abandoning decades of military non-alignment, a decision spurred by Russia's war on Ukraine, which started on Feb. 24.

But Türkiye – a NATO member for more than 70 years – voiced objections, accusing the two countries of tolerating and even supporting terror groups, including the PKK and the Fetullah Terrorist Organization (FETO).

Last June, Türkiye and the two Nordic countries signed a memorandum at a NATO summit to address Ankara's legitimate security concerns, paving the way for their eventual membership in the alliance.