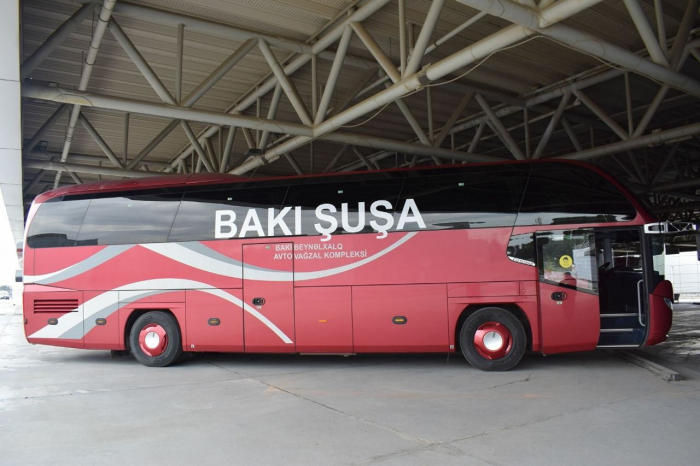 One of the main strategic points of the targeted activities carried out towards the restoration and reconstruction of the territories liberated from occupation is to ensure that Azerbaijani citizens are resettled to their native lands as soon as possible and in complete safety. As part of the work being carried out in this direction, taking into account the existing infrastructure, Azerbaijan Land Transport Agency (AYNA) under the Ministry of Digital Development and Transport launched regular bus routes to the cities of Shusha and Aghdam on January 24, 2022. For a year now, Azerbaijani citizens have been able to travel along the routes Baku–Shusha–Baku, Ahmedbeyli–Shusha–Ahmedbeyli, Baku–Aghdam–Baku, Barda–Aghdam–Barda.

In connection with the first anniversary of the first trip to Shusha and Aghdam, a pre-trip meeting was held today with passengers at the Baku International Bus Terminal Complex. The passengers were congratulated on this momentous event, and they were presented with the “Victory Day” souvenir sheet issued by Azerpost LLC. Paintings glorifying Shusha by nine talented martyr children are reflected on the stamps included in the “Shusha through the Eyes of Martyr Children” souvenir sheet.

Heydar Rustamov, deputy chairman of AYNA Board, said that towns and villages are being built, new roads connecting Azerbaijani settlements are being laid out, and airports are being built. Major projects are underway in Azerbaijan`s liberated regions, and the country`s citizens will soon return to their native lands. Passengers traveling to this region by buses organized by AYNA can see with their own eyes the sites of the ancient homeland and large-scale construction work carried out after the glorious Victory.

To date, 506 trips have been successfully made by regular bus routes, and 21,015 people visited Shusha and Aghdam.

A total of 3,994 passengers visited Aghdam. Of these, 2,013 passengers traveled on the Baku–Aghdam–Baku route, while 1,981 passengers used the Barda–Aghdam–Barda route.