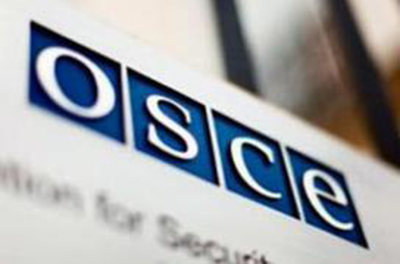 The meeting`s aim is to maintain high-level political dialogue on regional security agenda between the EU and the OSCE.

The meeting participants also expressed their support for the efforts of the OSCE Minsk Group Co-Chairs to find a peaceful political solution to the Nagorno-Karabakh conflict and to promote dialogue between Azerbaijan and Armenia on its settlement.

Preparations for the December 2013 OSCE Kyiv Ministerial Council was also in the focus of the meeting’s agenda. Kozhara expressed appreciation of a positive assessment by the EU of the framework for decisions proposed by the Ukrainian Chairmanship for the Ministerial Council and called for result-oriented engagement in the run-up to the meeting.