`Russia can no longer remain neutral in the Azerbaijani-Armenian conflict` 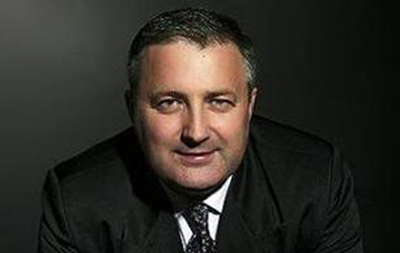 How do you think, why Yerevan, which recently so actively promoted European integration, in the end opted for the Customs Union?

The decision was motivated by two main factors. The first is the active policy of Russia in the post-Soviet space, which is expressed in the present serious economic pressure on the countries of the CIS which are trying to escape the Moscow influence. Here, you can remember the ban of Russia on the import of dairy products from Belarus in 2009. As well as the events already present in 2013, relating to the Moscow`s prohibition of importing wines from Moldova and confectionery products from Ukraine. As stated in August of this year, the head of the Political Council of the opposition party "Fatherland" Arseniy Yatsenyuk, the ban on the import of Ukrainian goods in Russia can be interpreted as forcing Ukraine to join the Customs Union.

For most of the CIS countries the Russian food market is the best because it is the nearest to them and capacious. Therefore, any ban on the import of goods by Russia has a very strong affect on economy of the states - former Soviet republics. Armenian wines and brandies and other food products are in great demand in the Russian Federation. And such a ban by Moscow would exert a great blow on the Armenian economy.

However, such a development in the relationship between Moscow and Yerevan, in principle, is impossible because of the second factor. It is primarily due to the fact that a large part of the large Armenian enterprises are owned by Russian companies. For example, currently as much as 82% of gas monopoly "Armrosgasprom" is controlled by "Gazprom" and 10% by Russian gas company "Itera". In addition, Russia owns the Hrazdan thermal power plant that supplies electricity not only to Armenia, but also to Iran and Georgia. As you know, this power plant, along with several Armenian enterprises was transferred to Russia in 2002 to pay off the national debt of Armenia.

Thus, Armenia`s strong economic dependence on Russia, as well as the strong position of Moscow against the CIS states have left no choice to Yerevan but to accept the proposal of the Russian Federation to join the Customs Union.

Is Armenia`s accession to the Customs Union a major achievement?

I think that it is necessary to examine the situation from different angles. From the geopolitical aspects, the Customs Union will now be present not only directly in the Eastern European and Central Asian regions, but also in the Caucasus. In a certain sense, it is also strengthening Russia`s geopolitical situation, which has recently suffered a serious blow by the events in Libya and Syria.

Armenia`s inclusion to the Customs Union allows institutionally and economically to bring together the CSTO state. The CU is the economic core of the Collective Security Treaty. That is, in this military-political alliance there is also a large military-economic component, in which Russia is bound to play a major role. Therefore, the entry of Yerevan to the Customs Union promotes the CSTO and the closer union of the political elites of Russia and Armenia.

What will be the final reaction of the EU?

In this situation, the European Union will have to conduct a dialogue with Yerevan now considering the opinion of Moscow, and perhaps with its participation in this dialogue. The leadership of the EU, if it is interested in integrating Armenia to its structure, will likely have to create new political and economic institutions and forms of cooperation that would allow Armenia to solve such problems as unsustainable economic development, poor development of industrial production and dependence on economic aid of Russia.

Perhaps to do these tasks there is no other way than the revitalization of economic cooperation between Yerevan on the one hand with Brussels, as well as with individual EU states on the other. In this case, I do not rule in the long term out such a step as lifting of the economic blockade of Armenia by Turkey. In my opinion, if EU leaders build a "road map" of integration of Armenia into its structure, it cannot be done without the help of Ankara. It is possible that lifting of the economic blockade may be one of the conditions for Turkey`s accession to the EU. That is, Yerevan`s and Ankara`s accession to the EU appear to be dependent on each other.

Will the Armenia`s membership in the Customs Union affect the future settlement of the Karabakh conflict? If yes, then how?

As you know, this is the most difficult question. For Moscow the situation is contradictory, which can be called so – "to be between two fires". The fact is that on the one hand, after the entry of Yerevan to the Customs Union, Russia can no longer remain neutral in the Azerbaijani-Armenian conflict. Indeed, in the case of an armed conflict between the two countries, Moscow will also have to protect its economic interests in Armenia.

On the other hand, in August of this year, Russia and Azerbaijan signed very lucrative contracts in the energy sector, and therefore Moscow will not be able to come out openly against Baku on the Armenian side in case of a military aggravation. Such inconsistency will certainly affect the relations within the Russian political elite about the mechanisms for solving the problem of Nagorno-Karabakh. It is possible that the situation will contribute to the following processes:

1. The revitalization of Russia`s position in the relations between Armenia and Azerbaijan;

2. Strengthening of cooperation of Moscow with the OSCE within the framework of the Minsk Group;

3. Yerevan`s readiness in the long term to make certain concessions to Azerbaijan in the Nagorno-Karabakh problem.

Otherwise, the situation may become more complicated and uncertain. And in this case, there is danger of a split within the Russian political elite and the Russian society as a whole.( 1news.az)