Democracy and slander: Problems of the Western political mindset 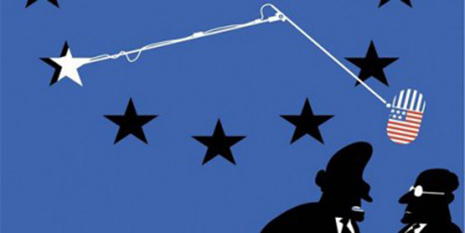 International media has extensively covered presidential elections held in Azerbaijan. The interest is only natural because Azerbaijan bears immense significance as a leader country of the South Caucasus. Nevertheless, judging by the facts, not all organizations objectively evaluate the elections. Spurious and partisan approaches signal that the situation has to do with some problems entrenched in the Western political mindset.

9 October elections held in Azerbaijan truly resonated around the world. There were specific reasons to it. First, as dynamically developing country of the South Caucasus, Azerbaijan has rightfully captured the attention of the big powers. They realize that significance of Baku`s regional role is steadily growing. Second, Azerbaijan happens to be the only country of the South Caucasus to conduct a genuinely independent policy. Two other states of the region remain under the influence of great geopolitical powers. Therefore, some quarters are succumbed to illusions of "capturing control`` over Azerbaijan. Third, Azerbaijan is the most stable country of the region. Domestic and foreign policy agendas essentially supplement each other. In the meantime, energy policy also proves to be effective.

These elements combined make Azerbaijan a vital destination for global politics. Presidential elections certainly were to be within the field of international interest. It was not by chance that some 1500 observers from different states and international organizations monitored the elections, representing total of 98 countries.

Almost all observers shared positive views about the elections, and highlighted the elections as conducted in a democratic, transparent and fair environment. General agreement was that "Azerbaijan has taken yet another significant step in the process of democratic development``. International media also did not remain indifferent to the process. Leading media outlets of Turkey, Germany, Russia, U.S., UK, France, Italy and others extensively covered elections in Azerbaijan. Their analysis revealed that the outcome indeed corresponded with the reality.

Final reports by the observation missions of the European Parliament, PACE, Parliamentary Assembly of the OSCE, Organization of the Islamic Cooperation and others, welcomed the quality of management and staging of elections. Therefore, statements by the U.S. State Department and the OSCE`s Office for Democratic Institutions and Human Rights (ODIHR), made in light of the aforementioned, evoked genuine bewilderment. Motives behind the spurious assessments are quite thought-provoking. It is about some delicate aspects of the attitude towards a dynamically developing Muslim country. Evidently, both institutions were driven by something greater than the objective evaluation of the elections, and it is not just about expressing critical views. Official Baku has always declared its openness to constructive and objective criticism, and the criticism that was not detached from reality was dully examined, and then followed by relevant actions. Regrettably, it is the biased attitude that we are compelled to deal with here.

State Department and ODIHR stressed that these elections were marred with flaws and failed to meet democratic requirements, whereas the real situation on the ground was different. Head of the OSCE`s short-term observation mission Michel Voisin said in his statement: "I believe that positive aspects noted by the PACE and European Parliament, as well as opinions of OSCE`s short-term observers were omitted in the ODIHR report. Despite all the polemics and detailed problems, the outcome of the elections clearly revealed the undisputed winner of the elections, and most "exit polls`` attested to that`` (See: "ATƏT-in Demokratik Təsisatlar və İnsan Hüquqları Bürosu sifarişlə işləyir`` (OSCE`s Office for Democratic Institutions and Human Rights operates based on orders) / "Azərbaycan`` newspaper, 12 October, 2013).

Hence the question: why did the report of the renowned organization failed to correspond with the real situation? The answer is that the report became exposed to the influence of the oppositional National Council. This is quite an intriguing aspect. Apparently, it was from the very outset that some international organizations advocated interests of the opposition forces. Something in any event contradictory to the democratic principles, and thereby, denoting meddling with the internal affairs of another country.

Complicity of the U.S. State Department with the biased assessment must not be neglected. It indicates imposing of one`s will upon others. Such illegitimate and groundless interferences clearly do not serve the democracy. On the contrary, it provokes international fallout and tension. This is a risky business and its magnitude must not be dismissed. In the meantime, it evokes an impression that the West is driven by double standards.

One event comes to mind in this connection. Scores of protesters were killed in Yerevan in the wake of the 2008 presidential elections in Armenia. Streets of the city reminded the sites of the guerilla warfare. Many politicians were subjected to harassment and intimidation. Armenia`s Special Forces demonstrated utterly cruel practices in dispersing the protesters. Alas, none of the Western organizations fiercely denounced the violence. Although some vocal criticism was voiced, antidemocratic nature of the elections was never addressed. Thus, the appropriate question comes up; why aren`t there any harsh demands backed by resolute actions against Armenia?

This is vivid evidence that it is clearly unfair to produce a negative evaluation in connection with well-organized, transparent elections in Azerbaijan, held in a peaceful and no-incident environment. It is apparent also in light of the idea expressed by Paulo Casaca, the Executive Director of "Alliance to Renew Co-operation among Humankind``. In his article titled "Azerbaijan: Road to Democracy`` published in the analytical website called "Sharnoff`s Global VIews``, he stressed that the presidential elections here "…could constitute lessons in democratic examples for some of our Western countries`` (See: Paulo Casaca. Azerbaijan: Road to Democracy / www.sharnoffsglobalviews.com, 11 October, 2013).

Moreover, it attests to the contrasting attitude of the West towards the elections in Azerbaijan. Certain aspects of international geopolitics have certainly played their part. Apparently, some circles are still jealous of the outstanding achievements made by a Muslim state of the South Caucasus, although there is something else to be kept in mind.

As of 1990s some circles and quarters have gone out of their way, to generate an antidemocratic image of Azerbaijan in the West. Back then, some countries even oversaw the adoption of certain documents to that end. Admittedly, the Armenian diaspora played a key role in that process, whereas now, reforms implemented by Azerbaijan and democratic elections held here, shatter the performance of certain Western quarters, Armenian diaspora and the official Yerevan. Baku proves to the world that Azerbaijan is the country of the South Caucasus to have claimed most of success in democratic state building.

Logically, Western countries must rethink their positions on these issues. They must also recognize that Armenia has disseminated false information on Azerbaijan and that they have fallen victim to misleading. Evidently, the Western political mindset is yet to be prepared for such a change, and therefore, they fail to fully embrace staging of successful democratic elections in Azerbaijan.

Moreover, it is clear that those who seek to elicit political turmoil in Azerbaijan feel energized. They wish to artificially expose the South Caucasus to the processes akin of those developing in the Middle East. First of all, they are totally wrong. Secondly, no external power may force Azerbaijan to stumble, and resilient state and democratic society building process will eventually be successfully completed.