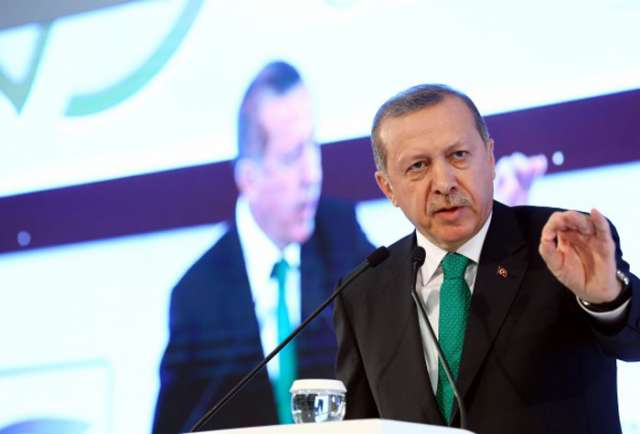 Azerbaijan has left Europe behind in the implementation of energy projects and launched the TANAP project, Turkish President Recep Tayyip Erdogan said Sept. 25.

He made the remarks while answering questions of reporters, according to the Turkish TRT Haber TV channel.

Erdogan went on to add that while Europe remained inactive regarding the Nabucco project, Azerbaijan has successfully launched the TANAP project in which Turkey has its share as well.

TANAP envisages the transportation of gas of Azerbaijan’s Shah Deniz field from the Georgian-Turkish border to the western borders of Turkey. TANAP’s initial capacity is expected to reach 16 billion cubic meters of gas per year. Around six billion cubic meters of this gas will be delivered to Turkey and the rest of the volume to Europe.

Turkey will receive gas in 2018, and after the Trans-Adriatic Pipeline (TAP) is constructed the gas will be delivered to Europe in early 2020.

BP and the TANAP consortium signed March 13 a shareholder agreement, according to which, BP will become one of the shareholders of TANAP. The agreement is one of the main documents for BP’s ownership of a stake in the TANAP project.

Following the completion of a legal implementation procedure, TANAP’s shareholders list will be as follows: SOCAR – 58 percent, Botas – 30 percent and BP – 12 percent.