Kiev hosts opening of the Center of Azerbaijani Language and Culture 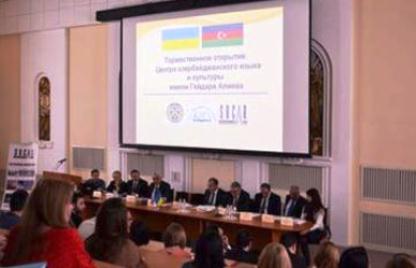 Following the national anthems of Azerbaijan and Ukraine, Rector of the Linguistic University, Professor Roman Vasko greeted the audience and stressed the planetary scale of personality of the national leader of the Azerbaijani people and a great friend of Ukraine, Heydar Aliyev.