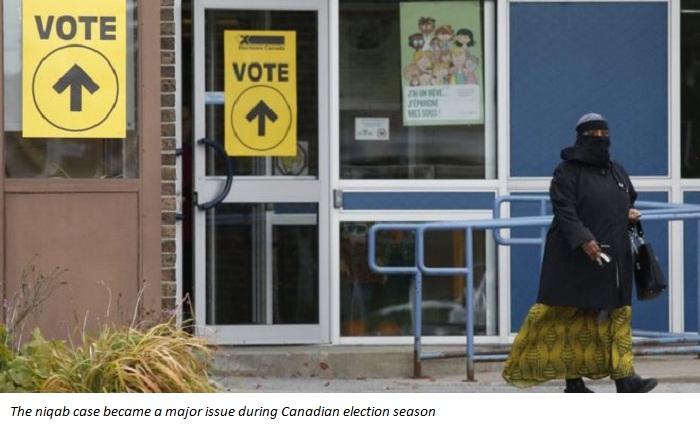 The Liberal government in Canada has abandoned a legal challenge that sought to require women to remove their niqabs or face coverings during citizenship ceremonies.
The Conservative government lead by former Prime Minister Stephen Harper had asked Canada`s Supreme Court to hear an appeal of that ruling.

Debate over the niqab came to a head during the 2015 Canadian elections.

Mr Harper was accused of using the issue stir up fears against Muslims.

The official court application for the appeal has been discontinued, officials have said, according to the Canadian Press.

"Canada`s diversity is among its greatest strengths, and the Liberals are ensuring that successful citizenship continue to be included in the Canadian family," Justice Minister Jody-Wilson Raybould and Immigration Minister John McCallum said in a statement.

Zunera Ishaq, a Pakistani-born woman, had challenged the Conservative government`s law against wearing niqabs when swearing an oath to become a Canadian citizen and won.

While serving as prime minister, Mr Harper angered many when he pledged to set up a police hotline to report "barbaric cultural practices" after taking a hard line on the niqab debate.