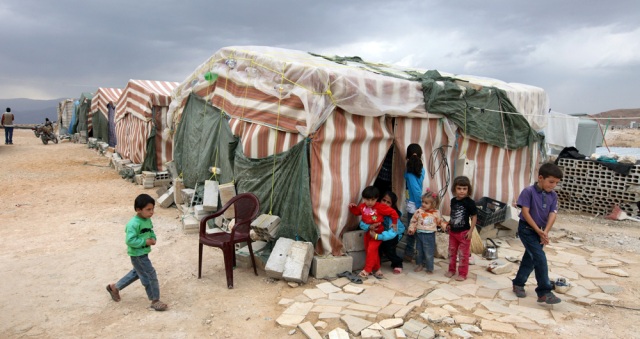 Underfunded medical institutions in Lebanon are incapable or unwilling to treat many Syrian refugees, rendering already vulnerable populations at risk of financial ruin, disability and death, according to a report published by Amnesty International today.

Humanitarian agencies, notably the UNHCR, are woefully underfunded and have been forced to dramatically cut medical subsidies to refugees, The Daily Star reported.
Previously, the UNHCR covered 85% of treatment costs for refugees needing secondary and tertiary care. Now, however, it covers only 75%, and refugees must pay the remaining 25% out of pocket.
"Families are taking on debt to pay for private care or - in desperation - attempting the very dangerous journey back to Syria to seek treatment there," the report stated.

Moreover, the report states that "in accordance with UNHCR guidelines, subsidized care is restricted to conditions deemed to be immediate, life-threatening emergencies."

As such, untold numbers of Syrian suffering from conditions like kidney failure, cancer and other insidious chronic diseases are either foregoing treatment or incurring immense debts to Lebanese medical institutions.
In response, some medical institutions have resorted to illegal measures to collect fees from Syrian refugees. "Some hospitals resorted to unorthodox methods of collecting payment, such as detaining patients or bodies of the deceased, requesting upfront payment and confiscating documents."

Aside from funding shortfalls, a maze of bureaucratic hurdles often prevents refugees from receiving the care that they need.
Registered refugees can only receive subsidized healthcare at hospitals contracted by UNHCR and are forced to pay out of pocket - even in emergency situations - if they seek treatment at non-contracted hospitals.
These administrative distinctions have not been made adequately clear to refugees, who expressed "frustration and confusion about the lack of information provided to them," according to the report.
Despite the UN`s appeal for funds to help Lebanon cope with the influx of more than a million Syrians, there is little reason to hope that medical care for the refugees will improve.

"The number of refugees receiving assistance will be further reduced in 2014 due to funding shortfalls," the report states.
It is estimated that Lebanon will require $400 million to cover the health care for Syrian refugees next year, a sum the government is unlikely to accumulate on its own.