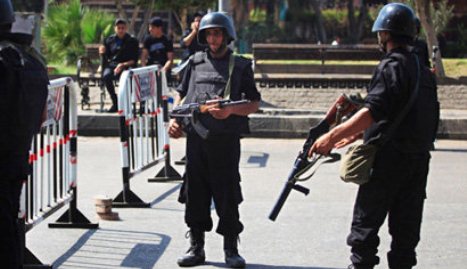 Security forces opened fire on the four men as they were in a car in central Sinai and purportedly about to carry out an attack on a gas pipeline, officials said, according to Agence France-Presse.
However, other security officials said Menei and five other members of the group were shot by unknown assailants.

A statement on the army spokesman`s official Facebook page said the army executed an operation that resulted in the killing of six extremely dangerous criminal elements on Thursday, Reuters reported.

It did not name Menei and it was not immediately clear if the statement was referring to the same incident.

Ansar Bayt al-Maqdis has claimed some of the deadliest and high-profile attacks on Egyptian security forces, including a failed assassination attempt against the interior minister in September.

The group is thought to have been founded primarily by Egyptians in 2011 after the uprising that toppled strongman Hosni Mubarak.