Thousands of Cubans stuck after Nicaragua declines to open border 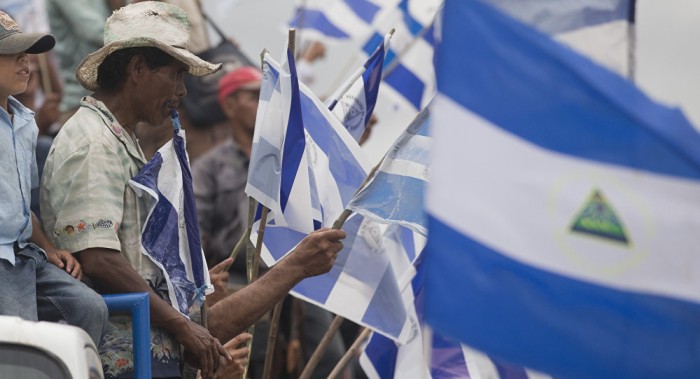 Thousands of Cubans remain stuck on the Costa Rican side of the border with Nicaragua after Managua refused at a regional summit on Tuesday to open its doors to a wave of migrants heading for the United States.

Fearing the recent rapprochement between Havana and Washington could end preferential U.S. policies for Cuban migrants, thousands of people from the Communist-ruled island have been crossing into South America and traveling through Central America hoping to reach U.S. soil.

More than 3,000 Cubans have been stopped for days at the Costa Rican border after the Nicaraguan government shut its borders, denying them passage north through the country. At least 150 Cubans are arriving every day, exacerbating the problem.

During a regional summit in El Salvador, which included representatives from the governments of Cuba, Colombia, Ecuador and Mexico, Nicaragua rejected Costa Rica`s suggestion of creating a "humanitarian corridor" for the migrants to pass through and said its border would remain closed.

Led by former Marxist guerrilla Daniel Ortega, Nicaragua is a close ally of Cuba, and his administration has complained that by issuing the Cubans with transit visas, Costa Rica has violated its national sovereignty.

"It`s unacceptable to kid around with people`s suffering," he said.

Since U.S.-Cuban ties began to thaw in December, the number of Cubans heading through Central America has climbed.

According to U.S. Customs and Border Patrol data published by the Pew Research Center, 27,296 Cubans entered the United States in the first nine months of the 2015 fiscal year, up 78 percent from 2014.

Under arrangements stemming from the Cold War era, Cuban migrants receive special treatment on reaching the United States. The "wet-foot, dry-foot" policy allows Cubans who set foot on U.S. soil to stay, while those captured at sea are sent back.