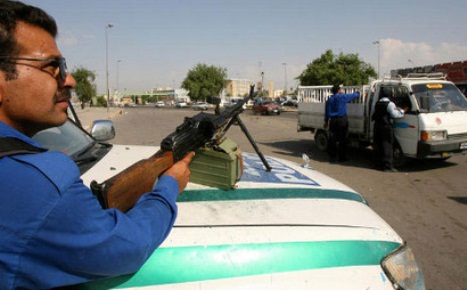 Clashes and shelling on Sunday in and around the conflict-hit city of Fallujah, which lies just a short drive from Baghdad, killed 22 people, a doctor said.
The unrest, which also left 36 wounded, struck in multiple areas of the city and its outskirts, Doctor Ahmed Shami at the city`s main hospital said on Monday.

Tribal leader Mahmud al-Zobaie said the violence broke out at mid-day and continued for several hours, Naharnet reported.
He said shelling hit a half-dozen neighborhoods in northern, southern and central Fallujah, while Iraqi security forces engaged in clashes with anti-government fighters on the city`s northern and southern outskirts.

More than 350 people have been killed in the Fallujah area since militants took control of the city at the beginning of the year, according to Shami, adding that most of the casualties were civilians who were caught in the army`s shelling of the city.
Security forces have shelled Fallujah for months and repeatedly tried to storm the city in a bid to re-take it, but anti-government fighters have held sway over it.