Progress reported on key issue of loss and damage - COP21 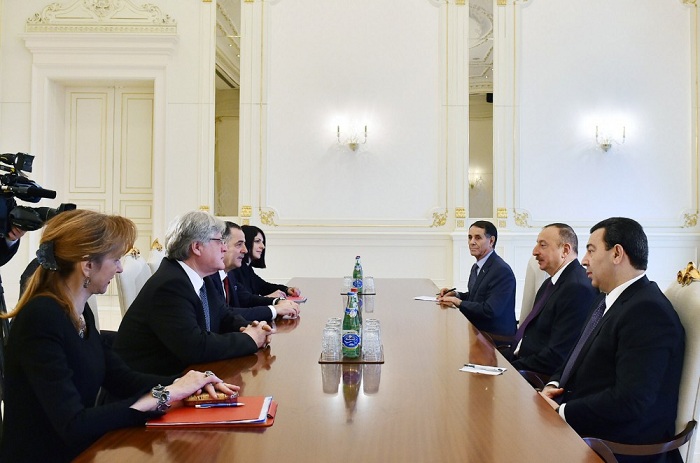 Negotiators are edging towards a compromise on one of the most divisive issues between countries at the COP21 climate change talks in Paris.
"Loss and damage" is the idea that compensation should be paid to vulnerable states for climate-related events that they cannot adapt to.

The issue has provoked heated arguments and walkouts at previous conferences.

But here in Paris, negotiators from the US and small island states are said to be "closer" to an agreement.

For small island states and some of the least developed countries, the question of loss and damage has become one of the most important aspects of the climate negotiations in recent years.

While the vulnerable countries believe there are many impacts of climate change that they can adapt to, they have been seeking a mechanism that would compensate them for those events that they cannot cope with.

They argue that in the future, the human influence on the climate is likely to lead to more extreme storms and rising sea levels. As such, the developed nations bear a responsibility for the losses and damages that might be caused.

The very idea is anathema to the US and the European Union, among others. They are concerned that if liability and compensation were linked to this, it could become a massive legal and financial headache.

At COP19 in Warsaw in 2013, discussions over the issue broke down leading to a walkout by the poorer countries.

The issue has continued to rumble since then, despite the setting up of a Warsaw International Mechanism on loss and damage.

Poorer countries have come to COP21 looking to have loss and damage inserted in the legally binding text of the main agreement.

In an effort to find a compromise, the US has been meeting with the AOSIS group, representing 44 small island states.

Speaking to the BBC after a bilateral meeting on Frirday, St Lucia`s environment minister Senator James Fletcher said that he had been "heartened" by the discussions.

"I believe there is language, and I`ve been speaking to both the US legal people and our legal people, and urging them to come up with language that I believe will address this.

"I think we are closer now. I have seen language that might even suggest that, I think, that there is a solution. But it`s not left to me."

There have been hints at previous climate meetings this year that the parties were edging towards a compromise. In September at a gathering in Bonn, the US was said to concede that the Warsaw Mechanism should be extended and made permanent. They would also "respond to the concerns of developing countries".

Speaking at a news conference in Paris on Friday, US lead negotiator Todd Stern said that compensation and liability was a "line we can`t cross" but also indicated that progress was being made.

"We are working in a very co-operative and constructive way right with both the islands and the G77 on developing an outcome and a solution here, there are many players in this but we have been very engaged on this issue.

"The President met with leaders of five islands when he was here and from the President on down the US is quite focussed on this issue and I think we will land it."

The constructive spirit seems to be leading to a trade-off where the issue of loss and damage will be inserted in the main body of the agreement but the language will rule out issues of compensation.

"I think we can come up with something that allays the fears of the EU and US where liability and compensation is concerned without us giving up any rights that we currently enjoy under existing international agreements," Senator Fletcher said.

Meanwhile, the Philippines Commission on Human Rights has announced that it will launch an investigation into 50 large fossil fuel companies to see if they should be held responsible for the impacts of climate change, such as extreme weather events. The action is being supported by Greenpeace, Amnesty International and the Union of Concerned Scientists.

At the Le Bourget conference centre, negotiators were working into the night to try and agree the text of the agreement that can go forward to ministers next week.

The latest version has seen the document slim down to 36 pages from a previous 50. The progress has been welcomed but as the French president of the conference Laurent Fabius commented:"We aren`t there yet."