Azerbaijan is again One of Top-40 Competitive Economy: New Rise 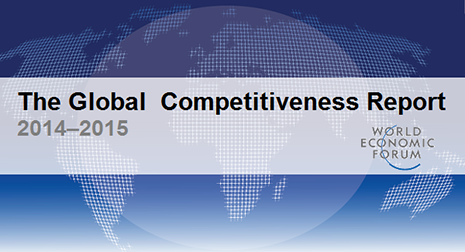 Azerbaijan economy is ranked at 38-th place among 144 countries of the world, the Global Competitiveness Report 2014-2015, by World Economic Forum reads. Azerbaijan economy outperformed all countries from Wider Black Sea Area, Central Asia, South Caucasus, CIS and East Europe. Our economy outperformed the economy of BRICS countries, except of China, which is on the 28-th position. Switzerland, the fifth time in a row, takes the first place in the ranking. Singapore remains in the second position and the United States is in the third position.

Azerbaijan economy is highly rated in the third pillar of indicators of macroeconomic environment. It is on the ninth place in ranking among 144 countries. In this pillar Azerbaijani economy is on the first place in the indicator of Inflation, annual % change and on the twelfth place on the indicator of general government debt as percentage of GDP. These achievements are in line with the Azerbaijani President Ilham Aliyev’s selected objectives of economy. They are: the low level of inflation in the economy, the low level of relation of foreign debt to GDP and achievement of high level of strategic currency reserves in the country. According to the credit rating agencies, such as Standard & Poor`s (S&P), Moody`s, and Fitch Group Azerbaijan’s credit rating indicator is on the stable level which by itself is good indicator of economic situation of the country at the time of deep recession in the world.

In the pillar of Labor market efficiency, our country is on the 33rd position in the ranking. The major improvements have been done in country’s capacity to attract talent and country’s capacity to retain talent. Both of these indicators are very important drivers of the economic success of country. Without talented employees it is very difficult to compete. We should also mentioned about the improvements in the indicator of women in labor force, ratio to men which also a good indicator of social and economic developments in the light of sex segregation of labor.

What are the main drivers of the improvement of the position of the Azerbaijan? If we analyze indicators listed in the format of 12 pillars for period of two years, we can see the following improvements in the details:

In the "Institutions" pillar, we can see improvements in the reduction of the burden of governmental regulation and increase in the efficiency of legal framework in changing regulation which both of them create profound environment for the entrepreneurs to safely invest in economy. At the same time, these improvements are in line with the statement of the president of Azerbaijan Republic, Ilham Aliyev, to create suitable circumstances for boosting economy. Improvements in ethical behavior of firms, strengthening of auditing and reporting standards and advancements in investor protection creates strong and solid background for the future economic prosperity of the state. These factors, indicates the strongest willingness of the country to attract and promote foreign investments in the economy.

In the "Infrastructure" pillar, there are enhancements in quality of overall infrastructure, including roads, air transport infrastructure and electricity supply. These indicators shows that Azerbaijan’s economic policy is adhere to the strategy of the President of Azerbaijan, Ilham Aliyev, to convert country in the future as major transportation and communication hub in the region.

In the "Goods market efficiency" pillar, the indicator of intensity of local competition moved up. This indicator suggests, that local market is constantly developing with the aim to take its desirable position in the world economy.

In the "Goods market efficiency" pillar, we witness the improvements in the reduction of number of procedures to start business, reduction in prevalence of trade barriers and increase in of prevalence of foreign ownership. These advances show, that Azerbaijan is targeting at improving business environment for the investors and suggesting us, that attractiveness of Azerbaijan markets are very high for both local and foreign entrepreneurs.

In "Technological readiness" pillar, it could be noticed the improvements in the availability of latest technologies, FDI and technology transfer and increase in individuals using internet. It should be mentioned the increase in both fixed broadband internet subscription and mobile broadband subscription. These changes indicate that Azerbaijan economy is constantly tracks changes in new technology and meet the challenge rising from the revolution of information.

In the "Market size" pillar Azerbaijan has domestic size index improvement. It shows us that Azerbaijan economy is stabile and growing up.

In the "Business sophistication" pillar, Azerbaijan progressed in terms of indicators, such as local supplier quality and extent of marketing, which suggests us strengthening positions of local producers constantly developing their marketing strategies.

In the "Innovation" pillar, there is an increase in PCT patents, applications/million pop indicator, which point out improvement in intellectual property protection in the local markets. Development of this pillar, together with technological readiness pillar, helps Azerbaijan to take part in the establishment of the new communication network in the region.