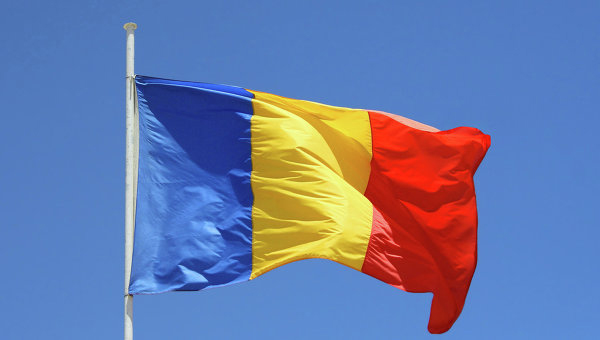 The festivities on the occasion of National Culture Day of Romania will include several important events: „Day of Romanian Poetry”, organized jointly by Ministry of Culture of Azerbaijan, National Library of Azerbaijan and Embassy of Romania in Baku, a book exhibition at National Library of Azerbaijan, a tasting of traditional Romanian dishes, a diplomatic celebration with the participation of the Ambassadors of EU Member States and a flower-laying ceremony at the monument of beloved Romanian composer George Enescu in Baku (at the crossroads of Jafar Khandan street and Azadliq Avenue). Azerbaijani poetess Mrs. Farida Hajieva, author of several wonderful translations of Mihai Eminescu’s poems in Azerbaijani language, will read several creations of Romanian national poet.

Azerbaijan is a strategic partner for Romania and the relations between our countries are strongly developing in all fields. Romania has been the second country in the world which recognized independence of Azerbaijan. Bilateral political dialogue has become increasingly strong and significant. An important Romanian delegation led by the Prime Minister and including Deputy Prime Minister, Minister of Health and Minister of Youth and Sport, visited Azerbaijan in June 2015. Very good results have been achieved in our economic cooperation. According to the State Customs Committee of the Republic of Azerbaijan, Romanian exports to Azerbaijan increased for 3 years in a row and reached in 2014 the highest level since Azerbaijan became an independent state (Romanian exports rose from 14.90 million U.S. dollars in 2011 to 23.99 million U.S. dollars in 2012 and 36.45 million U.S. dollars in 2013 to exceed 55.85 million U.S. dollars in 2014). Preliminary figure for first 11 months of 2015 (55.54 million U.S. dollars) is also very promising being higher than the one for the similar period of 2014 (showing an increase of almost 10%) . There are signs that the final figures for all 12 months will make 2015 a record year for Romanian exports in Azerbaijan. Azerbaijani investments in Romania also increased substantially. In 2011 SOCAR entered the Romanian market and currently has a network of 32 gas stations in Romania. Nobel Oil Services, a company registered in UK but owned by an Azerbaijani citizen, opened in November 2015, through a subsidiary, its first gas station in Romania. In the field of energy it should be mentioned that on June 24, 2015 a meeting of the Ministers in charge of the energy sector of the participating states of the Azerbaijan-Georgia-Romania-Hungary gas interconnector project (AGRI) was held in Bucharest. Romania plans to develop cooperation with Azerbaijan in the field of transport. The project of the Freight Transport Corridor between the Black Sea and the Caspian Sea, using the advantages held out by the port of Constanta and the Danube river, creates huge opportunities for boosting the exchange of goods and increasing the volume of trade at the regional level.

Cultural links between Romania and Azerbaijan are flourishing and they serve as a strong fundament for closer interaction. Last year a ceremony has been organized in Baku to celebrate the issuing of a joint stamp edition Romania-Azerbaijan on the topic of traditional folk art, dedicated to the valuable crafts of pottery and tapestry characteristic to both countries (Horezu ceramic bowl together with a traditional rug from the region of Oltenia, respectively an Azeri copper vessel from Lahic and a rug with local patterns). Romania participated in 2015 at several international festivals organized in Baku, including Francophonie Week, EuroVillage Festival, European Film Festival and ADA International Festival. Romanian movies are each time very warmly received by Azerbaijani public. The book dedicated to Romanian fairy tales, which has been printed a couple of years ago in Azerbaijani language with the support of Embassy of Romania, caught the attention of the Azerbaijan public.

Embassy of Romania would like to thank Ministry of Culture and Tourism of the Republic of Azerbaijan and Heydar Aliyev Foundation for the permanent support in developing bilateral cultural cooperation.