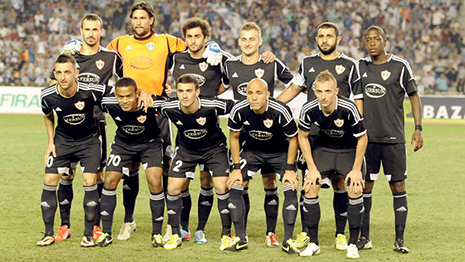 Muarem Muarem`s 21st minute goal was enough for Gurban Gurbanov`s side to make history as the first Azerbaijani club to seal a victory in an UEFA Europa League group stage.
With 4 points, Qarabag are now runners-up in Group F behind Italian Internazionale Milano who have 7 points after being held to a goalless draw by French Saint-Etienne.

The French club are third with 3 points with Dnipro Dnipropetrovsk remaining at the bottom with 1 point.

Qarabag will take on the Ukrainian club in the fourth round when they clash in Baku on November 6.