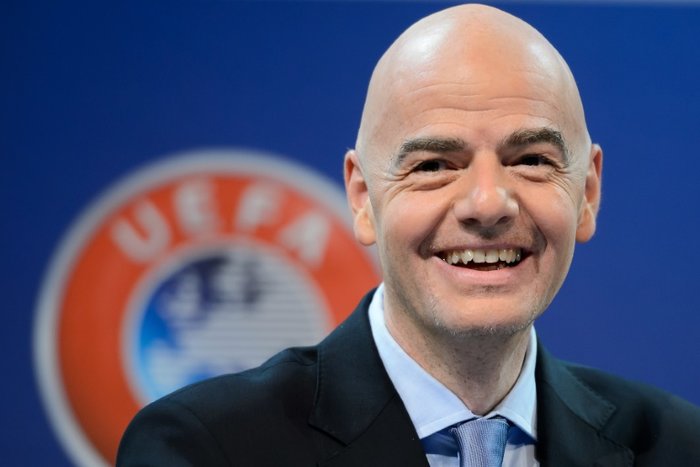 Scandal-hit FIFA has a new president -- and his name is Gianni Infantino.
World football`s governing body elected the Swiss-Italian lawyer in Zurich Friday after he defeated nearest rival Bahrain`s Sheikh Salman bin Ebrahim Al Khalifa in the second round of voting.

Infantino, 45, succeeds Sepp Blatter, who stepped down last year with the organization mired in allegations of corruption and wrongdoing.

General secretary of European governing body UEFA, Infantino won the first round of voting but without the necessary two-third majority to secure an immediate victory.

He received 88 of the 207 votes with Sheikh Salman three behind on 85. Prince Ali gained 27 and Jerome Champagne, a former French diplomat who had previously worked for FIFA.

However, in the second round of voting, Infantino secured 115 votes -- 27 ahead of Salman -- to claim victory.

Infantino takes over at a time where FIFA is enduring one of the most difficult periods in its 112-year history.

The Swiss authorities are investigating the bidding process surrounding the 2018 and 2022 World Cups while numerous officials have been indicted in the U.S over allegations of racketeering and money laundering.

Blatter, who won a fifth term in office last May before laying down his mandate on June 2, has since been banned from all football-related activities.

The 79-year-old Blatter, whose eight-year ban was reduced by two years by the FIFA appeals committee, was found guilty of breaches surrounding a $2 million "disloyal payment" to UEFA president Michel Platini, who was also barred for the same period.

Blatter is also under investigation by Swiss authorities on "suspicion of criminal mismanagement."

Both men strenuously deny any wrongdoing and are set to appeal to the Court of Arbitration for Sport in the coming weeks.

Earlier Friday, FIFA voted in a whole raft of new reforms to help repair its reputation.

Those reforms included limiting the organization`s president to three terms in office, while a new 36-member council will replace the executive committee.

The council will also feature a female representative from each confederation.

The new reforms will also mean that the salaries for the president, all council members and the general secretary will be disclosed.