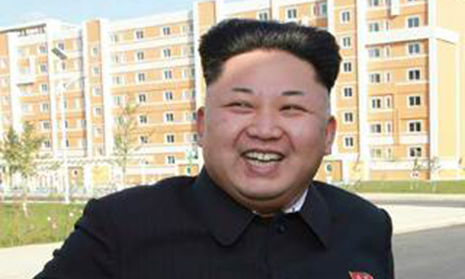 South Korea`s spy agency said Tuesday it has solved the mystery of North Korean leader Kim Jong Un`s 6-week public absence, which set off a frenzy of wild speculation around the world. The National Intelligence Service told legislators that a foreign doctor operated on Kim in September or October to remove a cyst from his right ankle, according to Park Byeong-seok, an aide for opposition lawmaker Shin Kyung-min. The cyst could recur because of Kim`s obesity, smoking and heavy public schedule, Byeong-seok said.

After last being seen in state media on Sept. 3, Kim reappeared on Oct. 14 hobbling with a cane, but smiling and looking thinner. The speculation during his absence was particularly intense because of the Kim family`s importance to impoverished, nuclear-armed North Korea. The family has ruled the country since its founding in 1948.

Lim Dae-seong, an aide to ruling party lawmaker Lee Cheol-woo, who also attended the briefing, said the spy agency identified Kim`s condition as tarsal tunnel syndrome. The syndrome, which is often painful, is caused by the compression of a nerve, sometimes because of a cyst. Surgery is generally seen as a last resort after other treatments are unsuccessful.

It wasn`t immediately clear how the information about Kim`s condition was obtained by the spy agency, which has a spotty track record of analyzing developments in opaque North Korea.