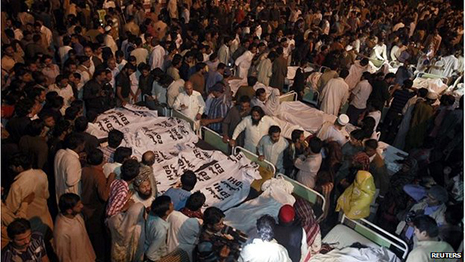 India and Pakistan have suspended a daily military ceremony at their only land border crossing at Wagah, after dozens were killed in a suicide attack.

It is thought to be the first time the ritual has been called off since the two countries fought a war in 1971.

The bomb exploded near the checkpoint on the Pakistani side, killing more than 50 people and injuring many more.

The Pakistani Taliban said they were behind the bombing. Two other militant groups also said they carried it out.

The Jundullah militant group and the Jamaat-ul-Ahrar faction of the Pakistani Taliban were among those who said they carried it out. This attack is the deadliest to hit Pakistan in many months.

Scenes of horror
The Wagah crossing is a high-profile target, with large crowds gathering every day to watch an elaborate and colourful flag-lowering ceremony as the border closes each day. 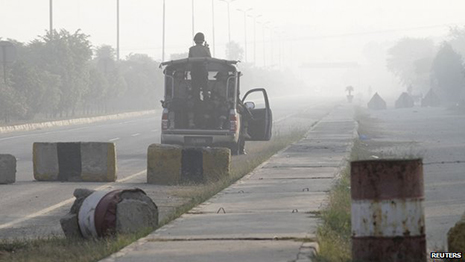 Indian officials said the Border Security Force agreed to a Pakistani request to suspend the ceremony for three days to allow mourning to take place for the victims of the attack.

"It is the first time we have suspended the ceremony after the war. The ceremony was not suspended even during Kargil," India`s home ministry spokesman is quoted as telling Reuters news agency.

Witnesses described scenes of horror in the wake of the blast which struck just after Sunday`s ceremony took place. 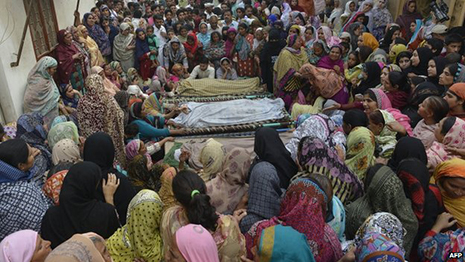 One intelligence official, who was in his office at the time, told Reuters he saw "scattered bodies, injured men, women and children and smashed cars".

Politicians on both sides of the border have condemned the attack. Indian Prime Minister Narendra Modi called it a "dastardly act of terrorism".

India has in the past accused Pakistan of sponsoring jihadi groups in the region.

The two countries, which have fought three wars against each other since independence from Britain in 1947, have been engaged in a long-running conflict over the region of Kashmir, which both sides claim. 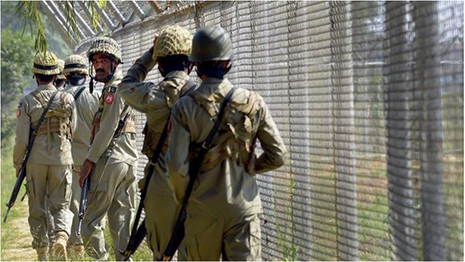 Dozens of people use the Wagah crossing to enter India and Pakistan every day, says BBC Urdu`s Shumaila Jaffrey in Lahore, as it is the only road crossing between the two countries.

It is also a crucial trade facility, where truck-loads of goods coming from and going to India are loaded and unloaded.

Pakistan`s government has been engaged in a long-running conflict with the Pakistani Taliban, or TTP, and attempts at peace talks foundered just weeks after they began in March.