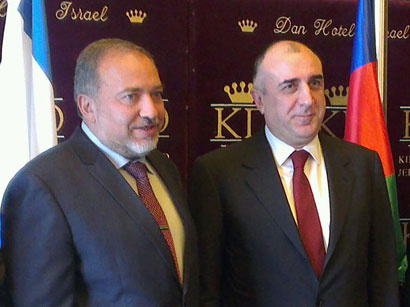 As a member of the UN Security Council, Azerbaijan closely watches the situation in the Middle East, Mammadyarov said at the meeting.

During the meeting the sides discussed the two countries` cooperation both at the bilateral level and within international organisations.

Mammadyarov left for the Middle East countries on April 21.
As the Azerbaijani Foreign Ministry said, the delegation led by Mammadyarov will hold meetings with the leadership of Israel and Palestine in the region on April 21-23.

During the meeting, as a member of the UN Security Council, Azerbaijan will discuss the Middle East peace process with Palestine and Israel, as well as the possibility of enhancing bilateral relations, cooperation within international organisations, economic, trade and cultural relations.