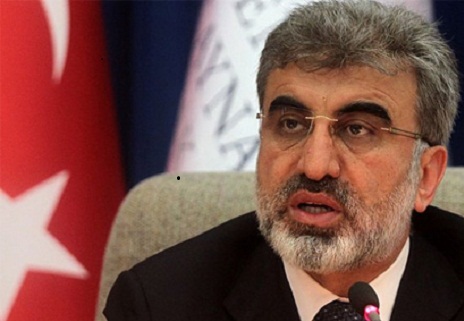 Iraq has already exported $2 billion worth of oil from northern Iraq, Turkey`s Energy Minister Taner Yildiz said Monday.
During his speech at the seventh International Energy Congress and Fair in Ankara, Yildiz stated a total of 35 oil tankers have been filled with northern Iraqi crude, and that combined exports have hit 27 million barrels since Jan. 9, 2014.

Turkey receives oil from northern Iraq via pipeline and loads it onto tankers at its southern city of Ceyhan to be exported.

Praising the recent oil deal between the Iraqi Federal Government in Baghdad and the Kurdish Regional Government in Erbil, Yildiz said, "Iraq owns $100 billion worth oil and gas, and this amount can triple as the country`s politics normalizes."

The congress which will run for two days has been organized by the Global Energy Association and The Anadolu Agency is the global media partner for the event.