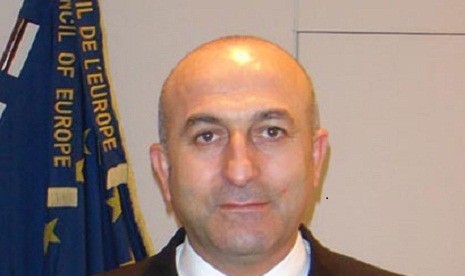 More than 100 citizens of Turkey, who joined the "Islamic State" (IS) terrorist organization, have been killed in fights, Turkish Foreign Minister Mevlut Cavusoglu was quoted as saying by the Turkish Kanal7 TV channel Nov. 25
He said that the number of Turkish citizens who joined the IS reaches 600.

Cavusoglu also said that 100 people were deported from Turkey as part of the fight against this terrorist organization and 7,000 people were banned from entering the country.

“The countries willing to fight with the IS must cooperate with Turkey in the field of intelligence data exchange,” he said.

Earlier, Turkish Justice Minister Bekir Bozdag said that around 2,760 people were arrested in Turkey in connection with the relations with IS.

He said that around 16 people out of a total number of arrested citizens are Turkish citizens, while 700 – Syrian citizens.

The ‘Islamic State’ (IS, formerly ISIL or ISIS,) was created in 2003 in Iraq. Between 2004 and 2006, the organization was led by Abu Musab al-Zarqawi, and consisted of 11 radical Islamist groups, which had close ties to the terrorist organization Al-Qaeda.

Following the start of military confrontation in Syria in 2013 between the armed opposition and the government forces, the IS penetrated the country. The organization said at the time it refuses to take the oath of Al-Qaeda and declared ‘a holy war’ against all groups in Iraq and Syria, as well as the Syrian government forces.

Strengthening of the IS in Syria allowed it to return to Iraq, deploying military actions against government forces there.

In late June of 2014, the IS announced about the creation of the ‘Islamic Caliphate’ on the territories under its control in Iraq and Syria. In turn, Iraqi authorities asked the international community for help in fighting the IS.