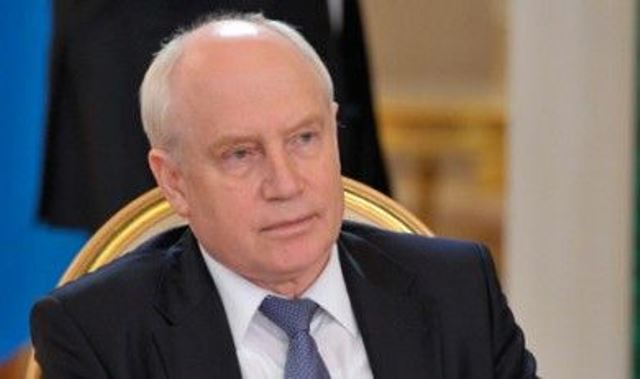 Azerbaijan
The disagreement and tension between the West and Russia is leading to the re-ignition of the Nagorno-Karabakh conflict. That’s what is the most fearful.

Assistant professor at the Regional Studies and Foreign Policy department of the Russian State University for Humanities, renowned political expert Sergei Markedonov said in an interview.

According to him, relations between the West and Russia today are experiencing the hardest times over the last 25 years.

“Even during the war taken place in Georgia in 2008, relations between the West and Russia were not so intense. Considering Russia has been engaging in the regulation of the Nagorno-Karabakh conflict for years, alongside the U.S. and France within the OSCE Minsk Group, then the following question arises: If a new war is about to begin in Nagorno-Karabakh, will Russia, the U.S. and France be able to come to any conclusion and do something together to prevent the war? Will it be possible for the OSCE Minsk Group co-chairs to take any preventive measure if international laws are violated on the contact line of troops and civilians killed? Or each will try to persuade the sides to their own side? If so, we’re going to see plenty of provocations ahead”.

The politician also commented on the Azerbaijani Armed Forces downing a helicopter of the Armenian Armed Forces over the territory of Aghdam District.

“The latest incident that occurred on the contact line of troops is just one link of the chain of ceasefire rules. Unfortunately, ceasefire is frequently violated due to various reasons. In my view, the negotiations on the settlement of the Nagorno-Karabakh conflict are mostly aimed at reaching peace. But it would be even better if something for compliance with ceasefire rules is done. Because we see ceasefire violations usually result in the death of not only servicemen, but also civilians. The OSCE is dealing with that, but the efforts are inadequate. We can see the number of those died as a result of ceasefire violations – no matter servicemen or civilians – is growing from year to year”, he noted.

“The Kremlin pursues a balanced policy toward Azerbaijan and Armenia. Thus, final choice can complicate Moscow for maneuvers in the region. After the events in Georgia in 2008, Russia`s impact on this country has significantly decreased. Therefore, the Kremlin takes very careful positions in such cases”.

To the question what position will Russia demonstrate if Azerbaijan launches military operations in Nagorno Karabakh, the Russian expert answered: “Conflicts will occur along the Azerbaijani-Armenian border if a war starts in Nagorno Karabakh. Such incidents occur at present time. In this case, Russia should defend Armenia as a member of the Collective Security Treaty Organization. Therefore, Russia avoids military intervention in the conflict and will further avoid. Moscow will more likely play the role of moderator in resolving the conflict.”

“It`s not about who in this project is good and who is bad. The question is, if Azerbaijan joins this project, the Eurasian Economic Union will become the CIS. Armenia also takes part in this project. So, Azerbaijan’s and Armenia`s participation in the project at the same time is impossible. If this happens, then the Eurasian Union will become an organization like the CIS. The participation of two warring countries in an organization will prevent it from implementing any project. Indeed, the CIS as an organization cannot do anything. Russia will more likely attach importance to bilateral relations with Azerbaijan”, the Russian political expert added.