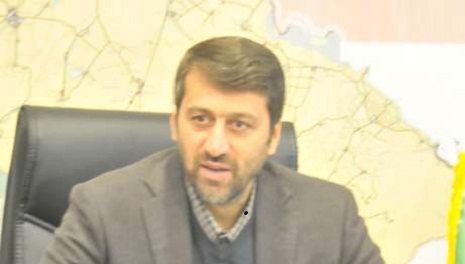 Iran’s Maku free economic area was established in 2012. It is located on a land of 5,000 square meters. It unites the cities of Maku, Poldesht, Bazargan and Shot.

Currently, the necessary infrastructure is being built for the development of this free economic area, and in six months an airport will be commissioned there.

The road infrastructure has been improved in the Maku free economic area, and some land plots have been developed to construct industry facilities.

At the moment, the Maku free economic area has 30 industrial enterprises that manufacture petrochemical products, furniture, plastic doors and windows.

Forouzan added that in the next two months, the economy and industry minister of the Nakhchivan Autonomous Republic will review the activities of the Maku free economic area.

“I believe that after this visit, opportunities will be expanded for joint activities of the citizens of Iran and Azerbaijan,” he noted. Forouzan also expressed hope for strengthening relations between Iran, Azerbaijan and Turkey.

Tehran has in recent years focused seriously on development of ties with neighboring countries, including Azerbaijan which enjoys various commonalities with Iran in religious, historical and cultural fields.

The trade turnover between Azerbaijan and Iran stood at $144.045 million in January-September 2014, according to the State Customs Committee (SCC) of Azerbaijan.

In the past nine months, goods worth $115.6 million were imported to Azerbaijan, and the goods exported by the country amounted to $28.45 million