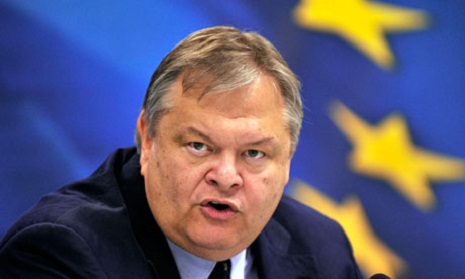 Both officials will also take a look at the preperations for the third High-Level Cooperation Council meeting between Turkey and Greece.

Venizelos will be in Turkey for two days.

Turkey and Greece are guarantor countries for the debated Cyprus island, where both Turkish and Greek-Cypriots are trying to find a way to settle their decades-long conflict.

Negotiations between Turkish and Greek-Cypriots resumed after a two-year pause in February 2013. The previous round of talks had collapsed partly because of the Eurozone debt crisis.

However, the Greek-Cypriot administration suspended the most recent talks on Oct. 7 after Turkey sent a warship to monitor an oil-and-gas exploration mission off the disputed Cyprus coast.