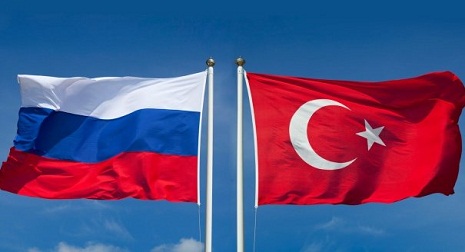 Russian President Vladimir Putin
Kremlin Advisor Yuri Ushakov told the Russian media that Putin’s visit had been upgraded from a “working visit” to a “state visit.”

The Kremlin had issued a statement on Nov. 24 that “the President of Russia will make a working visit to the Republic of Turkey to participate in the fifth session of the High Level Cooperation Council.”

Countries rank the visits of foreign heads of states in three categories or more. The highest ranking visit is “state visit,” followed by “official visit” and “working visit.”

The difference between the visits is largely ceremonial. The state visit requires the host state to hold a number of ceremonies, including arrival ceremonies, playing of national anthems, full-military honors etc, as well as a lunch or dinner by the host head of state in honor of the guest head of state.

Ushakov said that Putin would have an intensive program, including a visit to the Anitkabir, the mausoleum of the founder of Turkish Republic, Mustafa Kemal Ataturk.

The fifth session of the High Level Cooperation Council is expected to discuss a wide range of issues including Russian-Turkish cooperation in the trade, economic and energy sectors, as well as the international agenda. “Following the talks, many bilateral documents are expected to be signed,” the advisor added.

Earlier Friday, Putin gave an interview, in which he said he agreed with Erdogan that within some years “we can bring our mutual trade up to $100 billion” from $32.7 billion in 2013.