Draft Convention on Caspian Sea status to be discussed in Baku 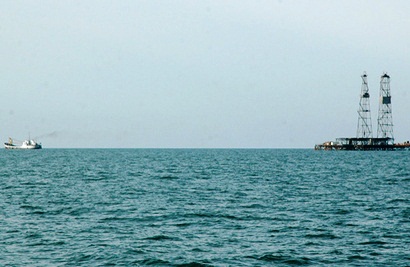 Much work was done in preparation of the draft Convention on the legal status of the Caspian Sea during the Tehran meeting of the working group on April 23-24, Khalafov said.

"The issues mentioned in the draft Convention are important for determination of the status of the sea. Some of the issues are discussed in a bilateral format. All outstanding matters should be discussed and agreed upon," the Deputy Minister said.
According to Khalafov, the Tehran meeting also discussed the ban on sturgeon fishing.

In general, some progress was achieved with regards to every issue, he added.

On November 29, 2001 and February 27, 2003, Kazakhstan and Azerbaijan signed an agreement on the demarcation of the Caspian Sea.