Sunday
It came after Mercedes’ Nico Rosberg and Lewis Hamilton had dramatically collided into retirement on lap 1 in an incident which the stewards are investigating. 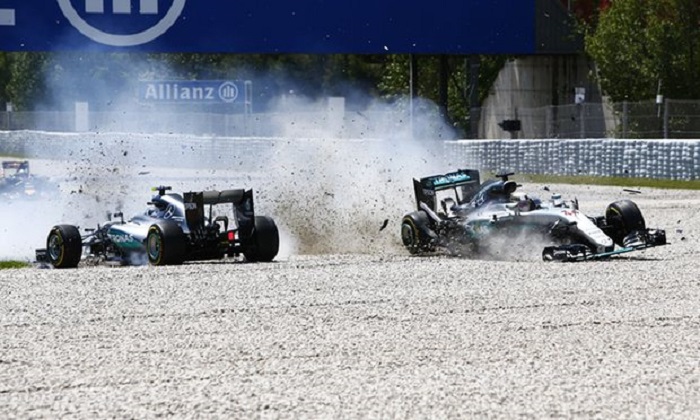 Verstappen, aged just 18 years seven months and 16 days, held off relentless pressure from Raikkonen in the closing stages, while behind them Ferrari’s Sebastian Vettel did the same from the sister Red Bull of Daniel Ricciardo, until the Australian’s right-rear tyre deflated just a lap from home.

As the first Dutch F1 winner, Verstappen did it the hard way - pushed all the way by Iceman Raikkonen from the 44th to the 66th lap.

For much of that the gap between them was rarely more than a second, yet on his debut for the Milton Keynes team the teenager reigned supreme with a measured and superbly controlled drive.

As Vettel’s three-stop strategy backfired and the four-time champion complained whenever early leader and similarly three-stopping Ricciardo had the temerity to challenge him for the final podium place, Verstappen’s performance was a clear signal that the future has arrived. 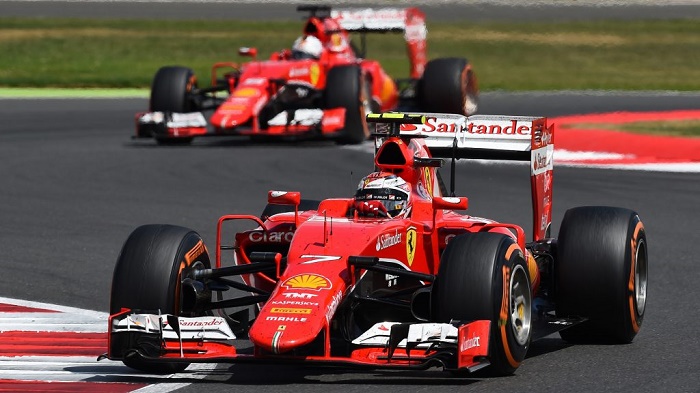 Red Bull’s chances improved significantly as Hamilton was slightly slower off the line than Mercedes team mate Rosberg, enabling the German to get a run on him round the outside of the first corner.

Hamilton rallied, and going down the short chute to Turn 4 had momentum that encouraged him to go to the right of Rosberg just as the latter was moving in that direction. Hamilton got on to the grass and spun, collecting Rosberg as his out-of-control F1 W07 Hybrid arrived almost simultaneously at Turn 4.

Mercedes’ Niki Lauda publicly condemned his world champion, but team boss Toto Wolff said it was a hard one to call.

Without the Mercedes, however, the race came alive.

Ricciardo had taken the lead from Verstappen during the melee, with Sainz cheekily battling Vettel for fourth as slow-starting Raikkonen recovered in fifth. So right from the start there was one question: Could Red Bull hold off Ferrari?

It took Vettel until the eighth lap to displace Sainz, and Raikkonen did likewise a lap later when the Toro Rosso pitted. But even after that it became clear that the red cars were not going to walk over the matt blue ones.

Ricciardo stopped first, on lap 11, Verstappen and Raikkonen a lap later. But though Vettel went to lap 15, he couldn’t prevent the Red Bulls from resuming their positions. It was close, but whenever the following cars got near to those in front, their tyre life was jeopardised.

Red Bull and Ferrari went for three-stop strategies with Ricciardo and Vettel, two-stops with Verstappen and Raikkonen. And just as Pirelli had predicted, if two-stoppers executed things well, the three-stoppers would struggle to beat them.

Ricciardo stopped again on lap 28, Vettel on lap 29. But Verstappen covered Raikkonen and didn’t stop until lap 34, a lap before the Finn. That left Ricciardo leading Vettel, but then Sebastian stopped again on lap 37, and Daniel on lap 43, and that set up the great denouement as for the second time in the race, Verstappen became the first Dutchman ever to lead an F1 race. 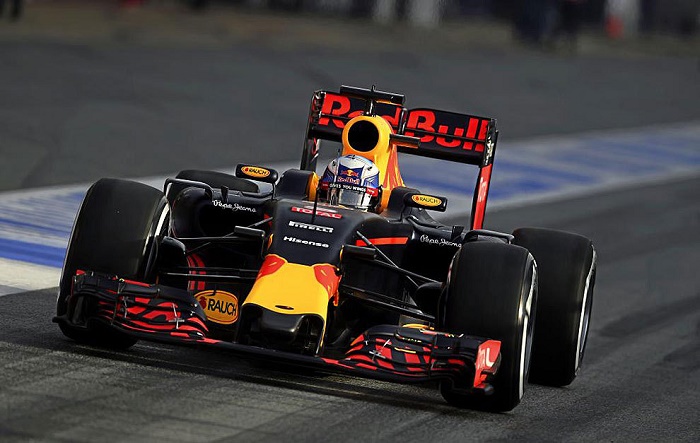 Now the fight really was on, and for lap after lap the youngster held off the veteran, no matter what Raikkonen tried, but there was never a moment when any of the top four could relax, let alone the spectators who were on the edge of their seats. The fact that Verstappen never put a wheel wrong suggests that we may have just watched one of the next greats come of age.

Vettel and Ricciardo closed in on their fresher rubber, but then dropped back after Ricciardo had pushed ahead in Turn 1 on the 59th lap, only to run wide and have to surrender the position. That cost both of them time.

Sadly, the Australian’s left-rear tyre gave up with a lap to go, but he was lucky enough to pit for a replacement and retain fourth place, such was his advantage over Bottas’ Williams, which finished comfortably ahead of Sainz, Perez’s Force India and Massa’s Williams, which the Brazilian brought up from the back of the grid.

Button scored another two points for McLaren on a day when he led team mate Fernando Alonso until the local hero’s engine lost power and forced him to retire, and Daniil Kvyat salvaged something from a tough weekend with the final point for Toro Rosso and the fastest lap. 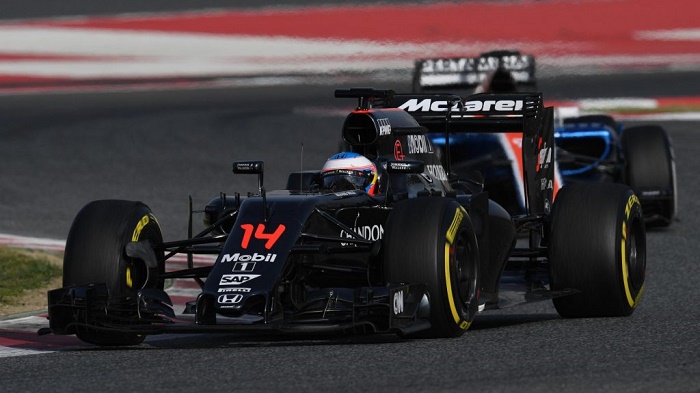 Haas looked good for points for a while with Esteban Gutierrez, who had rubbed wheels with team mate Romain Grosjean earlier on before the Frenchman too retired, while Sauber’s Marcus Ericsson led Renault’s Jolyon Palmer home after Kevin Magnussen in the other Renault had dropped back. Sauber’s Felipe Nasr and the two Manor drivers, Pascal Wehrlein and Rio Haryanto, completed the finishers as Nico Hulkenberg’s burning Force India had joined the Mercedes, Alonso and Grosjean on the retirements list.

Rosberg continues to lead the championship with 100 points but his seven-race winning streak is over; Hamilton drops to third on 57 behind Raikkonen on 61, as Vettel and Ricciardo share fourth on 48, ahead of Verstappen on 38 and Massa on 36.

In the constructors’ stakes, Mercedes still lead with 157, but Ferrari close with 109 to Red Bull’s 94 and Williams’s 65.

You can watch highlights of the race below